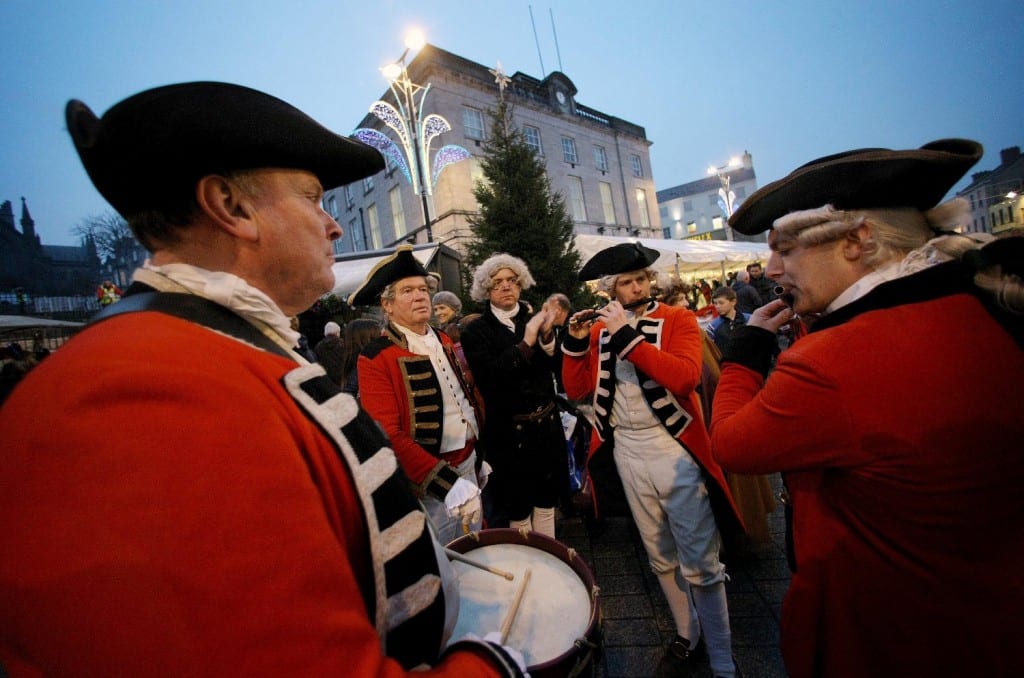 There was outrage last year when it was revealed that some of Armagh’s key cultural events might have to be axed or severely curtailed due to budget cuts.

St Patrick’s Festival, Georgian Day, 7 Hills Blues Fest and Tandragee 100 were among those facing an uncertain future after events funding was withdrawn and it was revealed applications would not be taken for the 2015/16 financial year.

But now Enterprise, Trade and Investment Minister Arlene Foster has revealed that an additional £1 million had been found to allow the Events Fund to operate – and applications will be take soon.

Last year Armagh benefitted from £100,000 in tourism funding, but it was reported that it would no longer be able to rely on that stream of cash after the NI Executive opted to cut it from its budget.

The Government and NI Tourism Board axed funding for 2015, meaning events like St Patrick’s Day, Georgian Day and 7 Hills Blues Festival were all in danger of being axed or the scale of the events having to be limited.

The council was no longer going to be able to apply for that funding and there was cross-party anger that key events, which help breathe life into the city and district, were to be financially choked.

Regardless, the council decided to run with its annual St Patrick’s Festival, which will include the annual procession and an open air concert at the Shambles with More Power to Your Elbow, although other ideas had to be set aside.

The decision for 2016 would be a matter for the new ‘super-council’ but the reopening of the Events Fund would cover the St Patrick’s Festival timeframe for next year.

Plans are being drawn up too for this year’s 7 Hill Blues Fest, which is scheduled to take place in 2015 between Thursday, August 6 and Sunday, August 9.

Again the cost was always going to be a concern.

The Northern Ireland Tourist Board released a statement last year confirming the worst.

Now that position has changed and applications WILL be taken for funding – which could help enhance events around Armagh City and District and across the Province over the coming financial year.

Speaking after making the announcement, she said: “Events both large and small play a key role in driving tourism to Northern Ireland and therefore I am delighted to announce that I have secured £1 million for the Northern Ireland Tourist Board’s Tourism Events Scheme next year.

“This funding will help ensure events, festivals and activities that have and will inspire people to come here can continue.

“International events – such as Tall Ships and Giro d’Italia – attract large numbers of visitors and spectators and showcase us on a global stage.

“However smaller events and festivals also play their part, adding to the vibrancy and cultural life of Northern Ireland.

Welcoming news that the recent budget agreement has paved the way for an allocation of £1 million to the NI Tourist Board for the Events Funding Programme, local SF Councillor Garath Keating said he was “extremely hopeful” that the new council would be able to tap into the fund to ensure the continued growth and success of the local events strategy.

He told Armagh I: “Armagh Council has worked hard over the past number of years to bed in an effective events strategy, both as a means of providing a source of enjoyment and entertainment for local families and also as a key economic boost to local commerce.
“Events such as St Patricks Day, the Blues Fest and Georgian Day have in the past benefited from funding secured from the events programme.
“And, whilst there is currently a real determination to continue with those projects come what may, it would of course be of huge assistance to once again receive some support to underpin those key events to help ensure that they continue to provide excellent opportunities for us to showcase our city and district.
“I have requested that immediate contact be made with the NI Tourist Board and that work commences on applications as soon as possible in respect of our main events.”