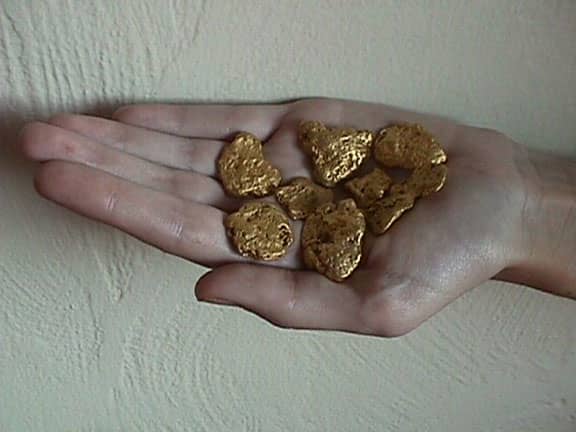 A THIRTY mile ‘gold district’ has been discovered across Counties Armagh, Monaghan and Cavan.

The news was revealed yesterday (Tuesday) by Conroy Gold and Natural Resources, as it said it has received a further positive mineralogical report as it plans to develop its first operational gold mine at Clontibret in County Monaghan.

The new report involved an analysis of the mineralogical characteristics of both the flotation bulk concentrate and rougher tailings, the company said. It shows that gold grade in the bulk concentrate was very high at 32.8 g/t with 3 g/t silver, while that contained in the rougher tailing had a much lower gold grade of 0.25 g/t and 1 g/t of silver.

In effect, this means that the amount of gold likely to be recovered from the flotation process will be high, while the amount likely to be lost to tailings will be low, a statement from the company indicated.

“I am very pleased to see the continued positive progress in the metallurgical testwork which is most encouraging as we move forward with the technical studies required for the planning and development of the company’s first operational gold mine,” said company chairman Professor Richard Conroy.