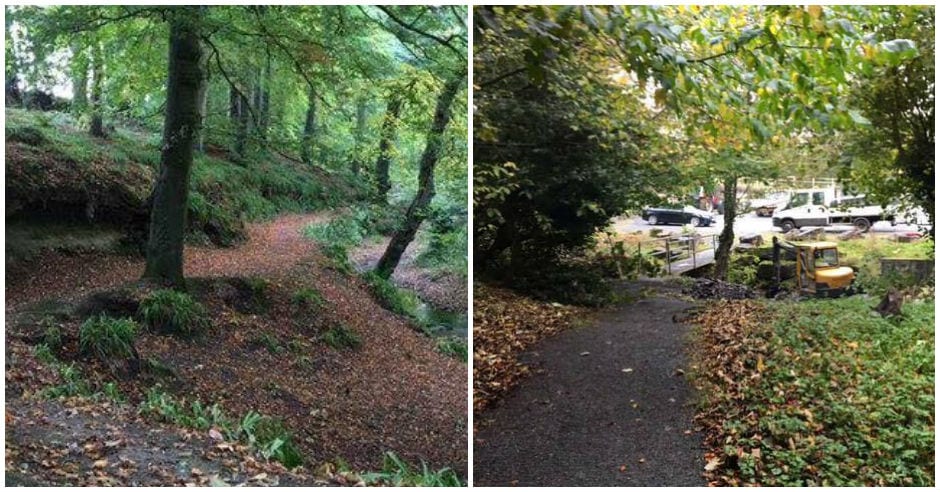 After unexpected delays in works around Keady Glen a completion date of Spring 2017 has been given to residents.

The final phase of the works have now been agreed for the glen which included the link between the play park and the Tommy Makem Community and Arts Centre.

“This is very much welcome and indeed long overdue,” said councillor O’Hanlon, who is chairman of the Council’s Keady Working Group.

The works on this scheme had to be phased from the time the Play Park development commenced three years ago due to the fact that Japanese Knotweed was found in the area.

This meant all work had to stop whilst it was being treated and eradicated.

“These works are now complete and we can move ahead and finish the job,” added Mr O’Hanlon.

The plans will see a new walkway and joggers pit created along with much needed improvements to the river bank.

Planting and physical improvements to the area are also planned.

These works were signed off at Council on Monday night and officials have been tasked with processing ahead with the tender process, the appointment of a contractor and ultimately getting the job finished in time for next summer.

Mr O’Hanlon continued: “Whilst this work has been going on, I had been contacted by users of Keady Glen – especially the area accessed from the Glen Road and Annvale Road areas.

“There are beautiful scenic walks in that area of the Glen. The area was previously under the control of the Department of Culture, Arts and Leisure however has now been transferred to Armagh City, Banbridge and Craigavon Borough Council.

“The area had been neglected, it had become overgrown, there was a lot of illegal dumping and the carpark was in a terrible state.

“I raised the issue with council officials and am delighted works has now commenced on site.

“Already a large amount of rubbish has been removed, the tree surgeons are in clipping back trees and a team is busy at work cleaning up the area around the river banks.  I have also asked that the carparks surface is improved as part of the works.

“This is a very popular area with dog walkers, sports clubs and people out for a dander.  I am delighted the works are ongoing and will take about two weeks to complete.  I know these works and those planed as part of the works agreed at Council will be very much welcome locally.”