Emergency motion on refugee crisis to go before Newry Council 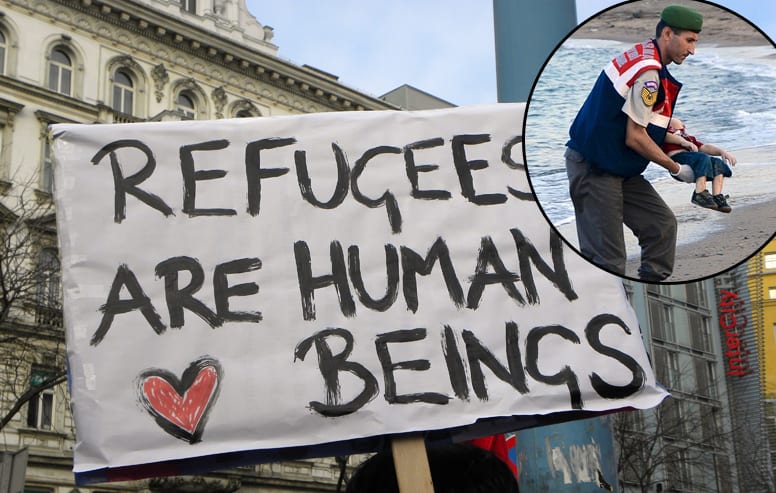 An emergency motion will go before Newry, Mourne and Down Council on Monday as councillors are called on to do their bit for the refugee crisis.

Independent Kevin McAteer and Alliance Councillor Patrick Brown requested the emergency motion and hope that others at the meeting will allow it to be debated.

The motion reads: “That this Council recognises the severity of the current refugee crisis; the legitimate right of the persecuted to sanctuary under international law; and understands the moral obligation to help placed on those nations able to do so. This motion calls upon the UK government to show leadership and devote resources to help those in need, and pledges that Newry, Mourne and Down District Council will offer sanctuary to 100s of refugees, and that the appropriate lines of communication shall be opened by the council to enable this.”

Councillor McAteer stated: “It is important that we debate this issue and that we debate it as soon as possible; this issue is happening right now as seen from the disturbing images that have been portrayed in the media in recent days.

“There is no reason why Northern Ireland and this district in particular can take in refugees; it’s time to take action.”

Speaking on the issue Councillor Brown added: “At the moment Belfast Council are debating it as an emergency motion and on Monday we hope we can do the same but only if 80% of the councillors allow it to be debated.”

Both have stressed that this is an urgent issue and that “we need to create a critical mass of people and organisations to step forward in solidarity in an effort to help these people and prevent further loss of life”.

Meanwhile, Newry and Armagh MLA Megan Fearon has congratulated the entire constituency on its response to the Syrian refugee crisis.

The Sinn Féin MLA said she was heartened by the way all corners rallied to raise much needed supplies for the Calais Refugee Solidarity collection.

“We’ve all been horrified and heartbroken by the images we’ve seen on our televisions and in newspapers over the past week,” she said.

“Nobody could help but be moved by the plight of those fleeing war in their homelands and the lengths they have to go to in order to reach safety.  Thankfully people across Newry and Armagh, indeed right across Ireland, were not only moved but moved into action.

“Each part of the constituency set up collection points for the Calais Refugee Solidarity collection and by all accounts the response was tremendous.

“Huge amounts of everyday items, so easily taken for granted here but so essential for survival to those in need, were donated.

“I’m particularly proud that my own club, Dromintee GAC, played their part in organising donations and were met with the characteristic generosity of the people of the area.

“Of course this crisis is far from over and will require real commitments and action from the UN, EU and various national governments to end.  To that end both Martin McGuinness and Mary Lou McDonald have called on Ireland, north and south, to increase its refugee quota.

“However, if in the meantime ordinary people can, through some small act, offer some form of comfort or a glimmer of hope to those fleeing death and destruction, then it’s our duty to so.

“Everybody has a part to play in ensuring the harrowing images we’ve seen this week never happen again.”