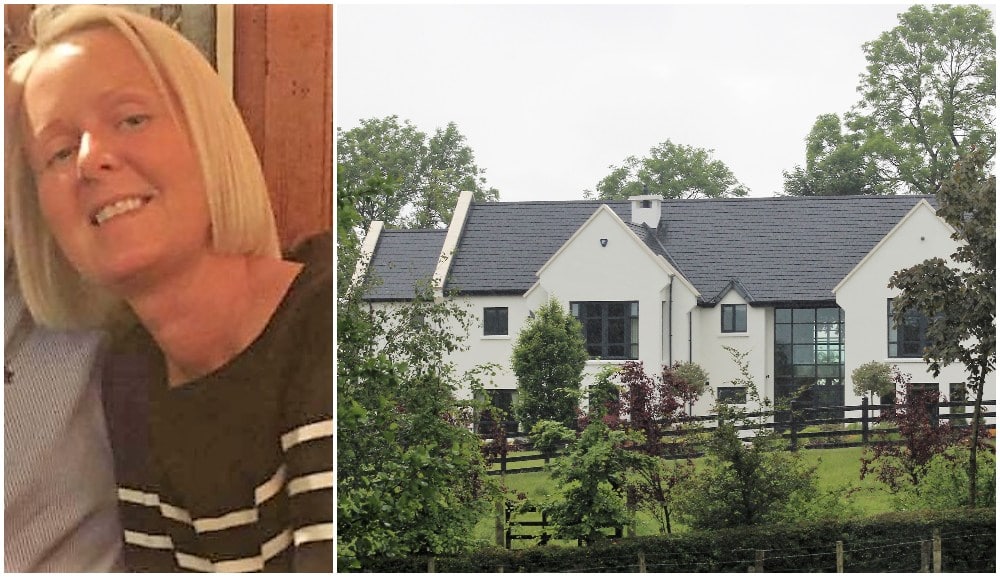 The former employer of a Fivemiletown woman, who defrauded his company out of £1.9 million, has demanded an independent investigation into the handling of the case, which took six years to obtain justice, and how she was able to walk away from a previous post with a bank after being caught stealing cash – but a decision was taken by the bank not to involve the police.

Julie McBrien (47) also known as Hogg, from Screeby Road, committed the vast, sophisticated £1.9 million fraud while she was employed with Northern Mouldings Ltd. in Cookstown, funding a jet-set lifestyle complete with a mansion in its own lavish grounds, expensive jewellery, designer clothes, luxury holidays and top-of-the range cars.

She also faked having a rare form of cancer which got her time off on full pay as and when she needed it, supposedly for chemotherapy treatment.

Last November, McBrien was finally jailed for five-and-a-half-years – almost as long as the case took to get through the court system.

She was afforded unprecedented latitude by the courts, including a ban on reporting her identity after she threatened to self-harm if she was exposed.

Initially, the ban was so strict, even the company she defrauded could not be named as “people in the community could figure out her identity”.

Press challenged the reporting restriction at every available opportunity, but it was allowed to remain, despite McBrien never once being detained for assessment under the Mental Health Order.

Even at sentencing, Defence lawyers tried to have the identity ban order made permanent, but failed, and McBrien’s identity was finally revealed.

This subsequently cast light on a matter hidden in her past, and was potentially another reason why she demanded the courts afford her special status.

However, in a startling revelation, former staff from McBrien’s previous employment with a bank realised that the mystery woman who almost brought Northern Mouldings Ltd. to the brink was, in fact, a former colleague with a propensity for theft.

McBrien was sacked from the Enniskillen branch of the then Northern Bank, now Danske, in 1994.

An internal decision was taken not to report the matter to police.

Instead, disciplinary action commenced, resulting in McBrien’s dismissal, with a prerequisite to repay the stolen funds in full.

With no police involvement or prosecution, McBrien was sentenced for the audacious and ruthless defrauding of her employers on the basis she had a clear record.

However, when made aware of how the bank matter was handled, Damian Heron, Executive Chairman of Northern Mouldings Ltd., was outraged.

He said: “We endured a six-year battle for justice which was consistently delayed, not only in respect of getting the case properly dealt with, but at one stage witnessing it completely collapse, before being reinstated.

“This was followed by the Defence’s insistence on obtaining endless reports on why McBrien’s identity should be hidden and she shouldn’t go to prison.

“In that respect, alongside what has since been unearthed on the bank matter, there must be a full, independent investigation into both circumstances.

“Had the first instance been dealt with properly through the law, it was inconceivable McBrien could, or would have, been employed by us.

“The extent of this cannot be underestimated.

“Decisions were clearly made to protect reputations, and that is entirely unacceptable having, by default, detrimentally impacted on our business and workforce – something McBrien had absolutely no regard for.

“There are serious questions to be answered, and every aspect of both instances must be thoroughly scrutinised, along with every agency, authority and individual who had involvement at any stage and on any level,” said Mr. Heron.

Because McBrien did not include her time with the bank in her employment history when applying for the post at Northern Mouldings Ltd., checks were unable to be carried out ahead of her appointment.

Despite being offered multiple opportunities to comment, the bank has refused to do so.

Danske Bank’s external communications company were asked why a decision was taken not to involve the police, given this wasn’t only theft but a serious breach of trust.

Confirmation was sought as to who made the decision, or on whose instructions the matter was dealt with in-house.

In response, their spokesperson, replied: “This is not something the bank wants to comment on.”

As further information emerged, a second and third opportunity was afforded to the bank’s communication company, but the response remained unchanged.

The Financial Conduct Authority (FCA) was asked if it was notified of the incident, and of the subsequent decision to dismiss McBrien and not press charges, if the money was repaid in full.

It was also asked to investigate the handling of the incident, and the efforts made to keep it quiet.

This is particularly important as the public must have confidence in those entrusted with their finances.

In response, a FCA spokesperson replied: “This isn’t something we can comment on.”

Meanwhile, Proceeds of Crime action is ongoing to recover assets accrued from McBrien’s criminal enterprise, including her mansion.

Her estranged husband, Paul McBrien, who now lives in Dubai, has lodged a claim on some marital assets.