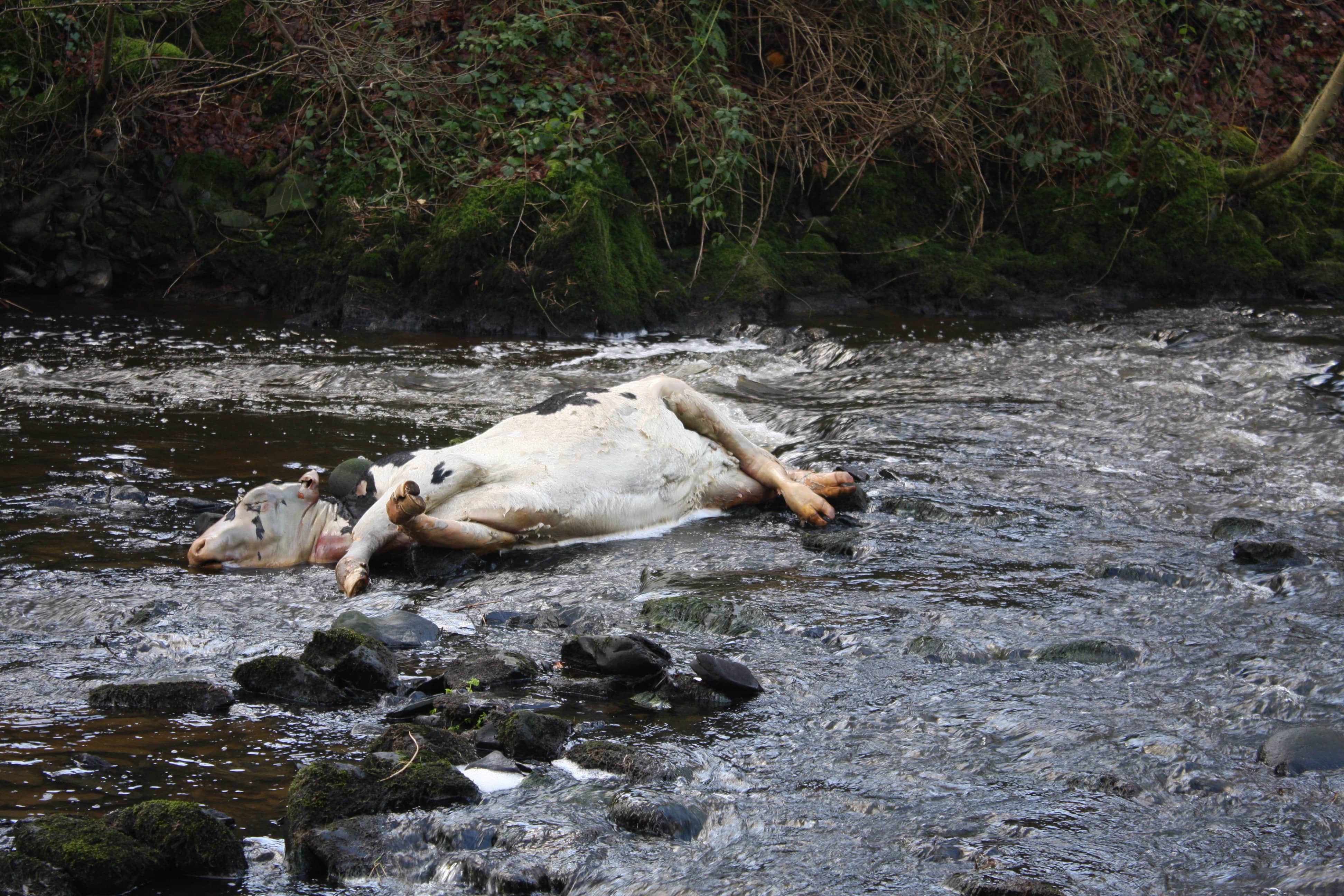 TWO dead cows have been dumped in the middle of a river at Creggan in South Armagh.

And, according to a local councillor, it is the seventh such incident in recent weeks, where animal carcases have been dumped at random by “mindless individuals”.

The dead animals washed up on the river bed alongside a stretch of land popular with walkers in the Poet’s Glen.

“The people responsible for this despicable act have no respect for this community or the environment,” he said. “I would call on DARD to spare no expense in attempting to trace the owner, as this type of activity will cost us a lot more in the long run if it goes unchecked.

“I would also call on DARD to make sure that the farmer responsible for this is never allowed to own livestock again.

“People out for a walk following their dinner were disgusted to see these poor animals lying on the river bed.

“The Poet’s Glen is a fantastic facility that is very popular with local people and we are lucky to have it on our doorstep. We cannot allow it to be destroyed or misused by selfish and thoughtless people who have no respect for it, our environment or this community.

“I would call on anyone who has any information on the thugs that dumped these animals into the river to contact the PSNI or DARD.

“In the last few weeks seven dead cows have been found in the Slieve Gullion area. It is very worrying that this has happened, particularly in just this area.

“We can’t let these vandals poison our rivers and walkways.”