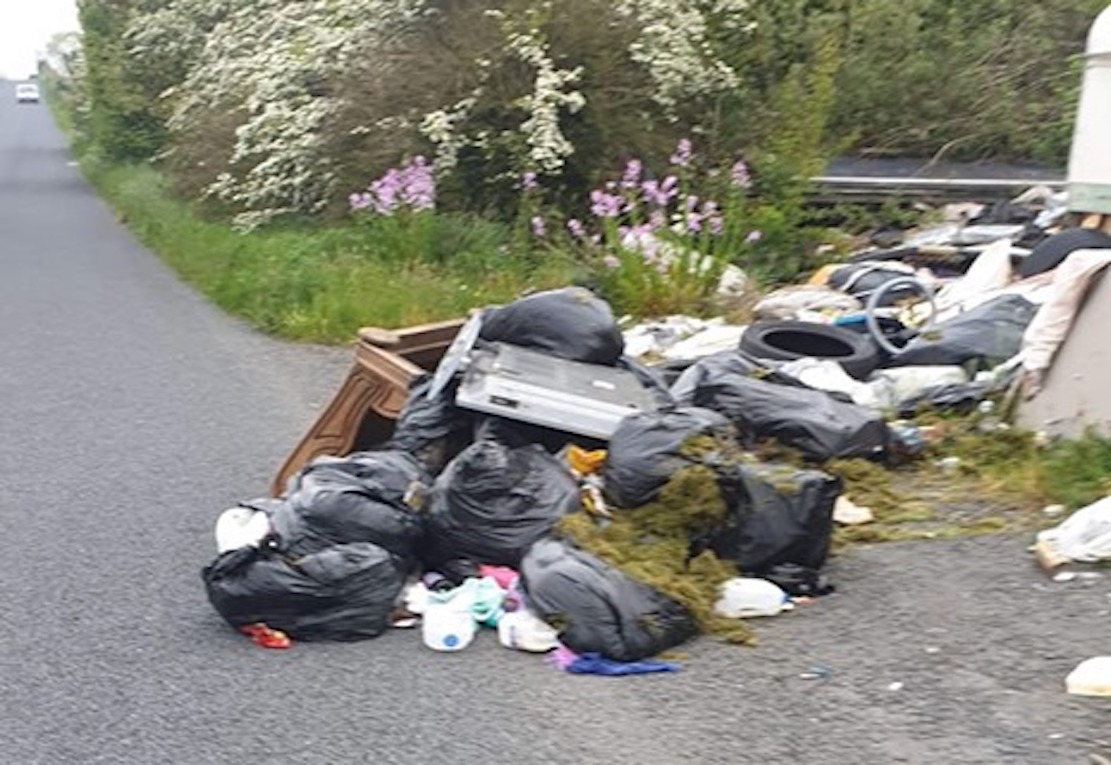 Those responsible for dumping of a large amount of waste along a south Armagh road have been accused of putting lives at risk.

Bin bags full of rubbish and other refuse – even an old television – were left on the Blaney Road at Crossmaglen.

Now assurances have been given by both Northern Ireland Environment Agency and Newry, Mourne and Down District Council that the matter will be addressed.

The rubbish, deposited earlier this week, will be removed from the front part of the site and screening erected to prevent future incidents.

The new has been welcomed by local SDLP Councillor Pete Byrne, who described as “alarming” the recent escalation in the level of illegal dumping taking place in the area.

He said the recent dumping at the side of the road of a large amount of domestic rubbish, including pieces of furniture, had posed a “serious traffic safety hazard for passing cars”.

Said Councillor Byrne: “I received a phone call from a member of the public out walking their dog at 6am and immediately went down to the site in order to assess the scale of the issue and ensure that it was removed from the road immediately by the relevant authorities.

“The rubbish, which included on old TV set, was mindlessly dumped onto the road, and not only impeded traffic, but could have resulted in a serious accident.

“I contacted the council director of neighbourhood services, Roland Moore at 7am, and the Northern Ireland Environment Agency were dispatched to clear the road immediately.

“This is just one of a long list of incidents of dumping at this site, but the recent increase in dumping is alarming. As a local councillor, I have been working tirelessly over the last three years to address this issue.

“I have liaised with both residents of the road and the family who own the land in order to get a solution.

“NIEA have been called numerous times over the last few years to clear rubbish, but can only do so when it spills on to the road or contaminates a watercourse. Engagement has been ongoing with all relevant parties and progress is being made to address the entire problem.

“However, as soon as we take a few steps forward, some people think it’s acceptable to drag us right back by dumping the contents of their bins on the side of the road.

“We live in an area of outstanding natural beauty and this road is the main route to our fantastic public amenity at Lough Ross. As a community we are committed to showcasing all that our beautiful area has to offer and attract more tourists to south Armagh. Acts like this drag us right down and serve only as an injustice to the area we strive to promote.”

Councillor Byrne said “positive progress” had now been made on the issue after a site meeting.

He added: “I have been assured that rubbish will be removed from a major part of the front of the site and it will be then screened off to prevent future dumping.

“I will continue to work on an overall solution through the mechanisms available in council and with all local councillors to finally bring this issue to an end.”