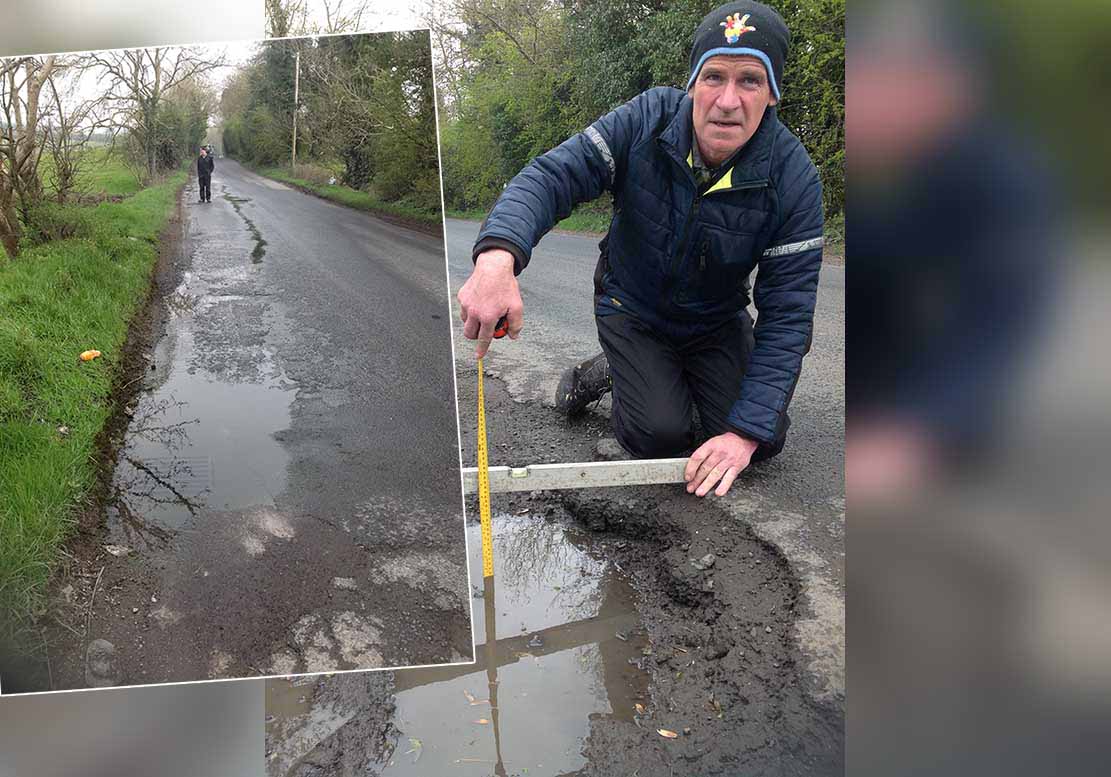 Before and after pictures of the repaired road (main) and (inset), the pothole in all its glory!

Efforts to fix a nine-inch pothole  – after it was highlighted and branded a monstrosity and danger – have been panned as a “botched job”.

The crater in question was on the Dundalk Road in Crossmaglen.

Residents had taken to putting up their own warning messages to motorists passing by.

The issue had been raised by Sinn Fein Councillor Terry Hearty and Armagh I ran a photograph of the pothole on Monday.

After numerous calls for action to be carried out, finally something was done.

But the project has left a sour taste in the mouth for Cllr Hearty who said it was far from up to standard.

He fumed: “What the maintenance team did was repair the pothole but they left a three inch hole and blocked gully.”

Councillor Hearty added: “The claim by the Department for Infrastructure (DfI) that they have addressed issues of concern which I raised about the condition of the Dundalk Road is an insult to the many motorists and pedestrians who use it.

“I have no hesitation in calling this a botched job. This type of work is not acceptable to this community, we are entitled to better.

“We feel what we seem to be getting from Roads Service is a shabby  service and short cut repairs.

“I will continue to highlight what I view as a second class service to the south Armagh community. It won’t be accepted by me or this community.”