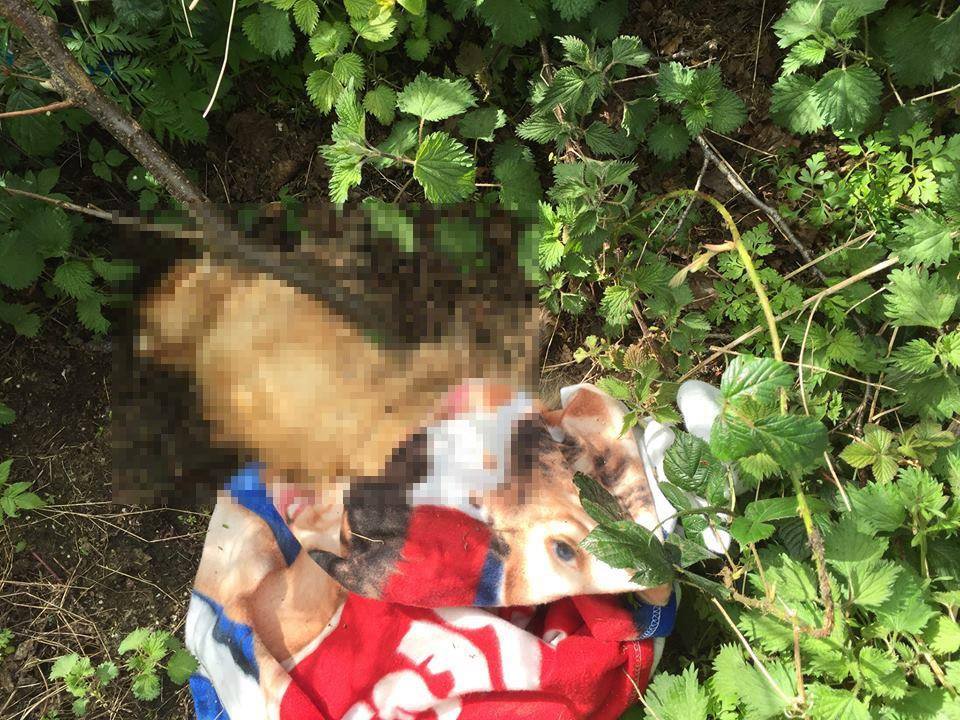 This is truly disgusting.

A dead dog dumped outside a local primary school with no thought or regard for who might see it.

It is not known what happened to the poor dog or how it got there.

But a horrified local, who made the shocking discovery outside St Anthony’s Primary Schoool in Craigavon, expressed her anger via Facebook.

It had been wrapped in a child’s blanket which had blown to one side uncovering the poor dog.

The woman appealed for help in finding the owners of the dog, which she believed to be a Pomeranian type.

She posted this picture of the pet in the Facebook public group “Lost pets / missing pets lurgan/craigavon/Portadown.”

She wrote: “Anyone lost a we ginger type dog poor thing has been wrapped in a one direction blanket and dumped out side st Anthony’s school!!!!! Poor we pet!!!!”

The post has been met with a wave of revulsion and anger, with locals finding the discovery hard to take in and others calling for the discovery – so close to a school – to be investigated.