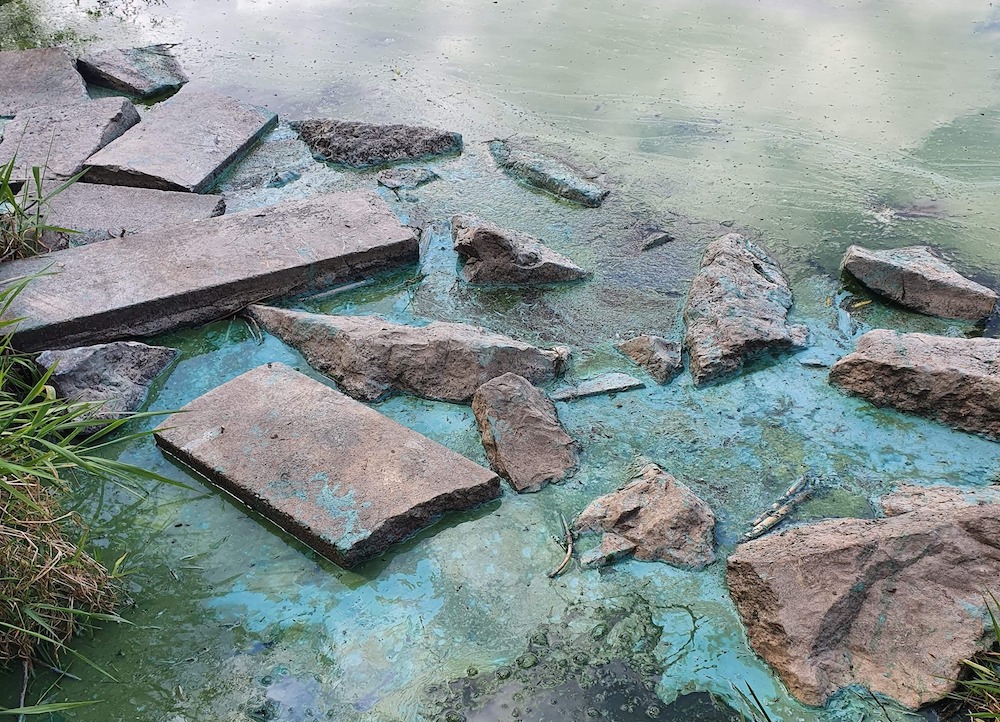 The Council have warned visitors to Craigavon Lakes to stay away from the water because of poisonous algae.

The recent good weather has led to an increase in the natural occurring blue green algae, which is particularly harmful to pets.

The algae concerns were reported to Council on Tuesday morning.

“Staff at the Water Sports Centre treated the area of blue algae this morning and will carry out another treatment on Friday morning,” a Council spokesperson said.

“Staff will continue to monitor the situation on a daily basis and temporary signs are being erected this afternoon advising visitors to avoid contact with the water and not to allow their dogs to swim in or drink the water.

“Signage will also be erected around Lurgan Park Lake as well.

“Our borough is home to a large network of lakes, loughs, canals, rivers and waterways with links through to the Atlantic Ocean, Irish Sea and the North Channel.

“These waterways offer a range of activities such as angling, boating, canoeing, rowing and sailing for residents and visitors alike.

“Similar to the majority of fresh water bodies throughout Northern Ireland, blue-green algae is naturally present for most of the year in many council maintained waterways and has the potential to form blooms particularly in the summer months.

“Blue-green algae are tiny organisms that can multiply in still waters and discolour the water so that it then appears green, blue-green or greenish brown. Some, but not all blue-green algae produce toxins, which can be released into the water and may cause illness such as skin irritation, liver damage and nervous system damage.

“Throughout the summer months we regularly monitor water quality at council managed lakes and waterways.”

If you suspect blue-green algae please take the following precautions: Avoid skin contact with the water and the algae scum; Do not drink the water; Do not eat fish from the lake that appear unwell; Keep animals and livestock away from the water.”

The COuncil spokesperson added: “Any concerns regarding blue-green algae on council maintained watercourses in the borough of Armagh City, Banbridge and Craigavon should be reported directly to info@armaghbanbridgecraigavon.gov.uk alternately for non council watercourses and water pollution incidents 0800 807 060 or emergency-pollution@daera-ni.gov.uk