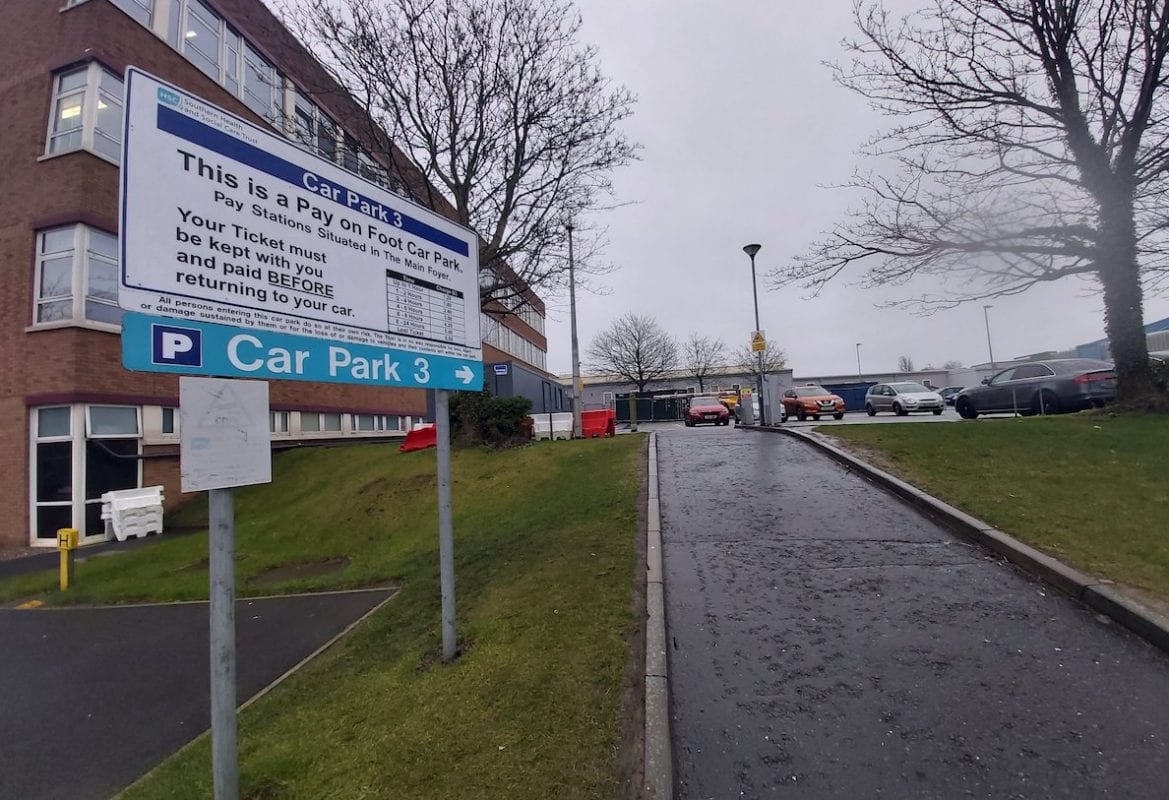 A new state-of-the-art twin CT scanner suite is expected to be built at Craigavon Area Hospital, Armagh I can exclusively reveal.

An application for the development – which would be located on land currently used as the maternity car park – has been submitted to Armagh City, Banbridge and Craigavon Borough Council for consideration.

The Southern Trust has submitted proposals for a centre, which would allow for 24/7 scanner facilities to be made available to the public, both inpatient and outpatient alike.

It would mean the relocation of some staff but also the creation of new full-time and part-time roles to man the facility.

The new suite would also benefit from specific car parking – a total of 40 spaces adjacent to the Brackens – for which a separate application has already been submitted.

Initially, there is only funding in place for the installation of one scanner “at this stage”.

However, that it seen as temporary and the scanner suite when fully operational and staffed would have positive spin-off benefits across the entire Trust estate.

The suite will be provided as a result of extending the existing hospital and carrying out alterations.

Craigavon is the only major acute hospital in Northern Ireland to have only one permanent scanner within the Emergency Department. It does, however have one temporary modular scanner too.

But this development will take the form of a “twin CT scanning suite”.

According to the submission to ABC Council planners, it will be a new purpose-built facility in the maternity car park with a link to the main hospital via the Maternity Department.

The paper states: “This will allow all CT scanning to be undertaken in the one area and will be used by the Radiology Department and Emergency Department.

“Operationally staff will be able to work between the two CT scanners.”

The new suite will cater for both outpatient and inpatient needs “delivering 24/7 scanning for emergency patients”.

The development will, it has been claimed, improve waiting statistics.

“The Trust will also continue to build on the development of new modern services such as cardiac CT, CT colonography, and spectral CT on the Craigvon Area Hospital site.

“Currently the CT scanner at South Tyrone Hospital is the only scanner in the Trust which is able to perform CT angio or CT cardiac.

“A second scanner will also allow for continuity of service during times of scanner servicing/breakdown, obviating the need to place the Emergency Department on reverse or the less than ideal practice of transferring sick patients to Daisy Hill Hospital for the sole purpose of imaging.”

In terms of staffing, a total of seven full-time and four part-time radiology staff who work within the Medical Imaging Department will relocate to the new suite.

But 17 additional staff – 10 full-time and seven part-time – will also be based there.

These roles will include four full-time radiographers and two consultant radiologists, as well as healthcare assistants, porters, clerical and admin, nursing and domestic services.

The planning application is now with ABC Council for consideration and will be publicly advertised this week, with a decision expected in due course.