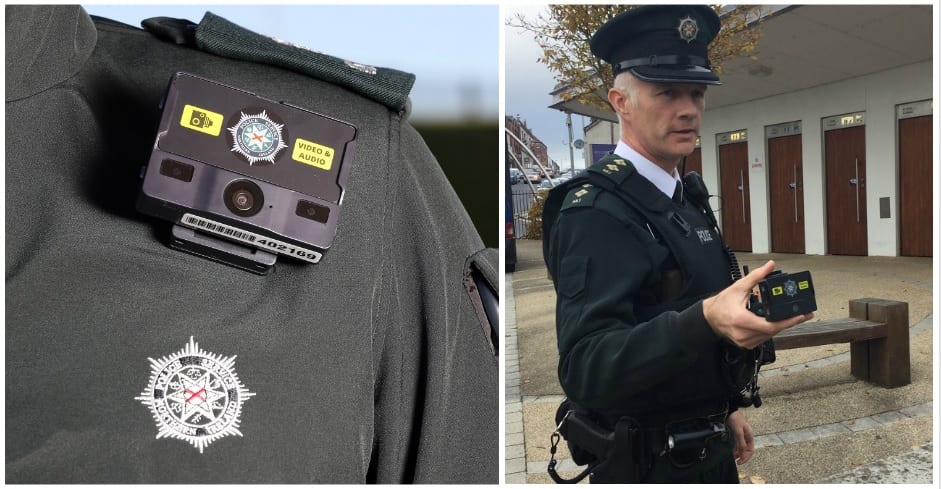 The cameras will be worn from today (December 12).

Superintendent David Moore explained: “We continuously strive to identify new ways to support the delivery of effective front-line policing. This includes the use of new and emerging technological solutions

“Video evidence puts the victims of crime first. The pilot of this technology in Foyle district evidenced how Body Worn Video has the potential to improve the quality of evidence provided by Police officers and thereby increase the number of offenders brought to justice. Video evidence provides a compelling account of events and enables the raw emotion and action from a scene to be replayed in the courts in a manner that could never be captured in a witness statement.

“It also supports accountability and transparency, both of which are key elements in increasing public confidence in policing. The introduction of this new technology is the latest example of our commitment to these principles as we continue to work together with the community to keep people safe.

“Police officers and staff have received bespoke training from our Information and Communications Services colleagues, on how to use the cameras and the supporting technology. This ensures that the integrity of any recorded footage is protected, while making it as easy as possible to access and utilise this material when preparing files for use in a prosecution.”

“Its use in other parts of the UK has shown that offenders are more likely to plead guilty when they know that evidence has been captured on camera, this speeds up justice, helps to protect victims and can often defuse potentially violent situations more effectively whilst reducing the number of complaints against police officers”