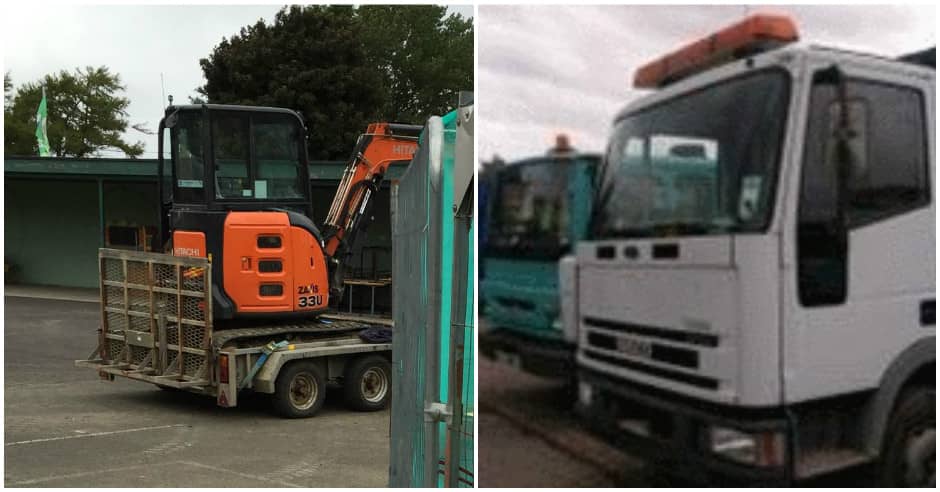 A number of stolen lorries and digger were recovered during a police operation in county Armagh on Wednesday.

Detectives in Lurgan recovered a number of stolen vehicles following the search of a property in the Dungannon Road area of Craigavon.

The vehicles, including two lorries, two trailers and a digger were recovered following information received from the public.

The thefts of the vehicles were reported to police on Tuesday, January 3 from properties in the Calvacullion Road area of Gortin and the Arvalee Road area of Omagh.

Detective Inspector Trevor Stevenson said: “Our enquiries are continuing to find those responsible for the thefts and to bring them before the courts.

“I would like to thank the public for the information which has enabled us to recover these vehicles and I would ask anyone with any information which could assist us further with our enquiries to contact detectives in Lurgan on 101. Information can also be given anonymously through the independent charity Crimestoppers on 0800 555 111.”

Man and woman in court charged with crimes committed on Tuesday