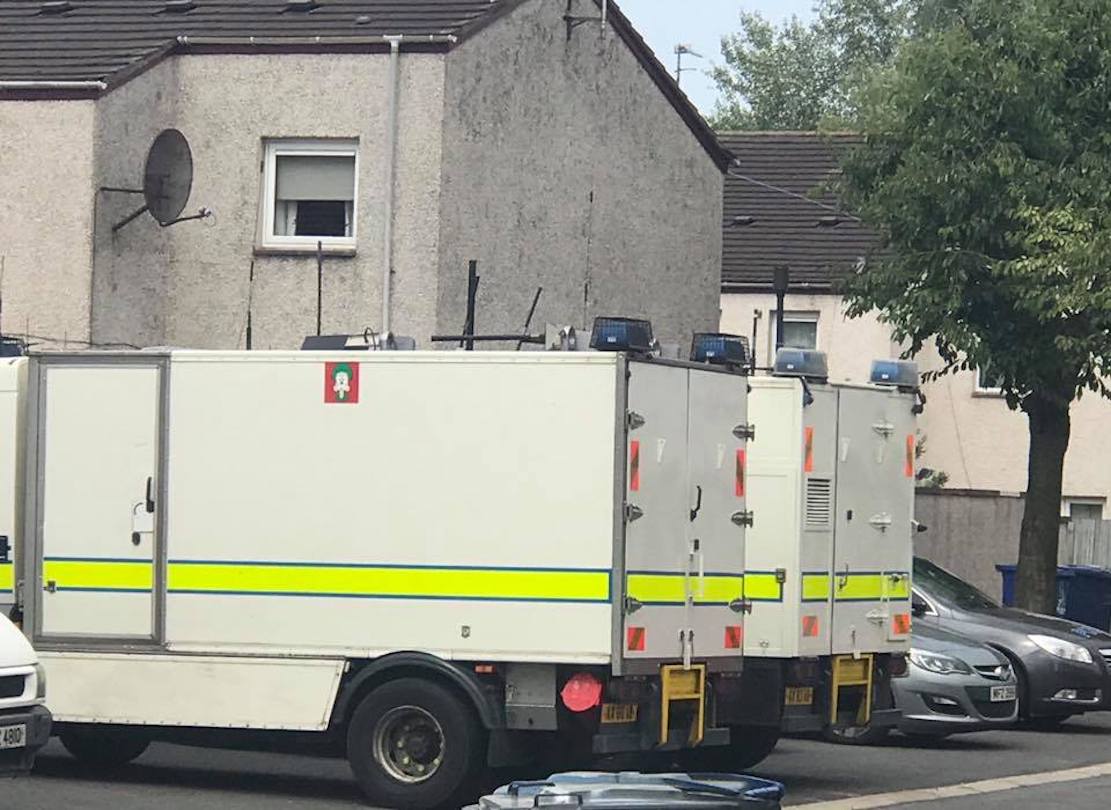 A pipebomb has been thrown at a house in Co Armagh in the early hours of this morning (Thursday).

Two people were in the house in the Enniskeen area of Craigavon at the time of incident but fortunately escaped without injury.

Detective Sergeant Colin Patterson said: “We received a report this afternoon, at approximately 12:10pm, that the occupant of a house in the Enniskeen area heard a loud bang to the rear of their property at around 1am.

“The occupant subsequently discovered the remnants of what is believed to have been a pipe bomb in the back garden.

“Two people in the house at the time were uninjured.

“We are working to establish a motive for this incident and we are appealing for anyone with information to please get in touch with detectives in Lurgan by calling 101, quoting reference number 595 of 05/07/18.

Army Technical Officers are on site and police are currently investigating a motive.

SDLP representative Thomas Larkham has been on the scene speaking to residents.

“I wish to condemn this incident in a very family oriented and culturally diverse estate where many children play,” he said.

“This is totally unacceptable and will not be tolerated by the good people of Craigavon.”

Sinn Féin MLA John O’Dowd has said the reckless behaviour of those involved in the pipe bomb attack could have resulted in a loss of life.

He said: “I want to first of all condemn the reckless behaviour of those who have thrown a pipe bomb at a home in Enniskeen.

“Thankfully, on this occasion, no one was injured however there is no doubt that the consequences could have been much more severe including a loss of life.

“Anyone with information should bring it to the police immediately so the culprits can be brought before the courts.”