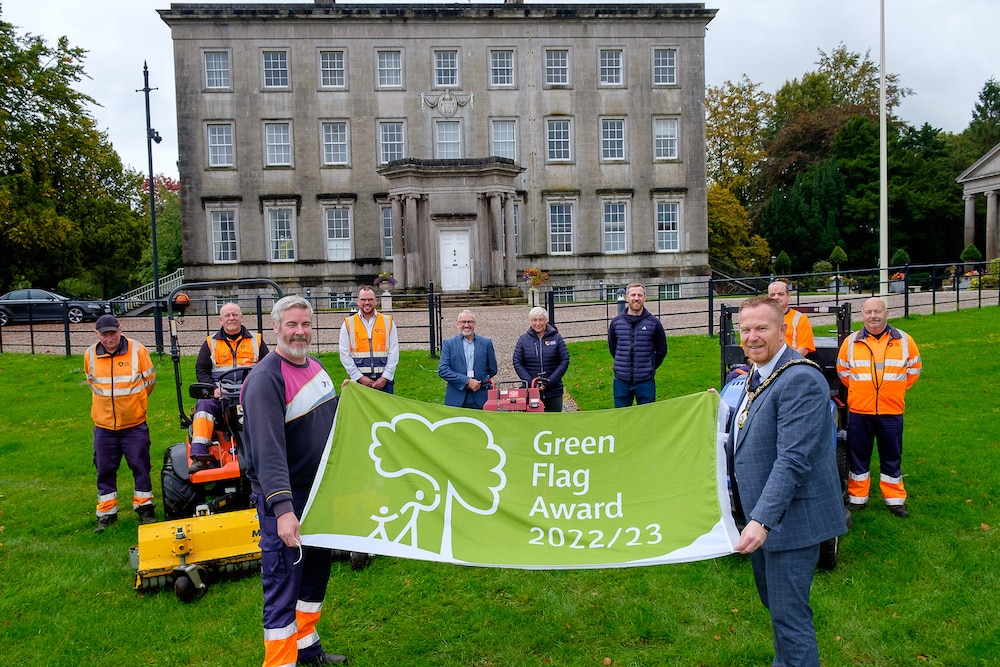 “I am delighted to see the borough continue to receive the well-deserved recognition for its beautiful parks and open spaces,” commented Lord Mayor Paul Greenfield.

“Achieving this distinguished accreditation is no mean feat, with each site undergoing a rigorous and robust assessment process led by a volunteer panel of experts as well as demonstrating that they met a range of strict criteria including horticultural standards, cleanliness, environmental management, biodiversity, community involvement and safety standards.

“I would like to commend the hard work and efforts of council’s dedicated staff that are front and centre to this success.” Dr Ian Humphreys, Chief Executive of Keep Northern Ireland Beautiful which manages the local Green Flag Awards programme, said: “Communities across the country value their local parks enormously and their potential to support biodiversity is being increasingly recognised. They’re not just spaces for us, they’re spaces for nature.

“When you visit a Green Flag site you can be reassured that the location is being managed to a really high standard as they’ve been through a rigorous judging process that assesses sites across a range of issues including their horticultural standards, cleanliness, biodiversity and safety.

“It’s so encouraging, this year, to see councils, organisations and communities implementing such a wide variety of measures to help our pollinating insects which are severely under pressure.

“Some of the initiatives are bold and some are subtle, but all show great commitment to working with nature for the benefit of the environment and us all; and at time when many people’s finances are under pressure, it’s important to highlight the fact that all Green Flag spaces are free to everyone.”