Man taken to hospital after arson attack at Craigavon flats 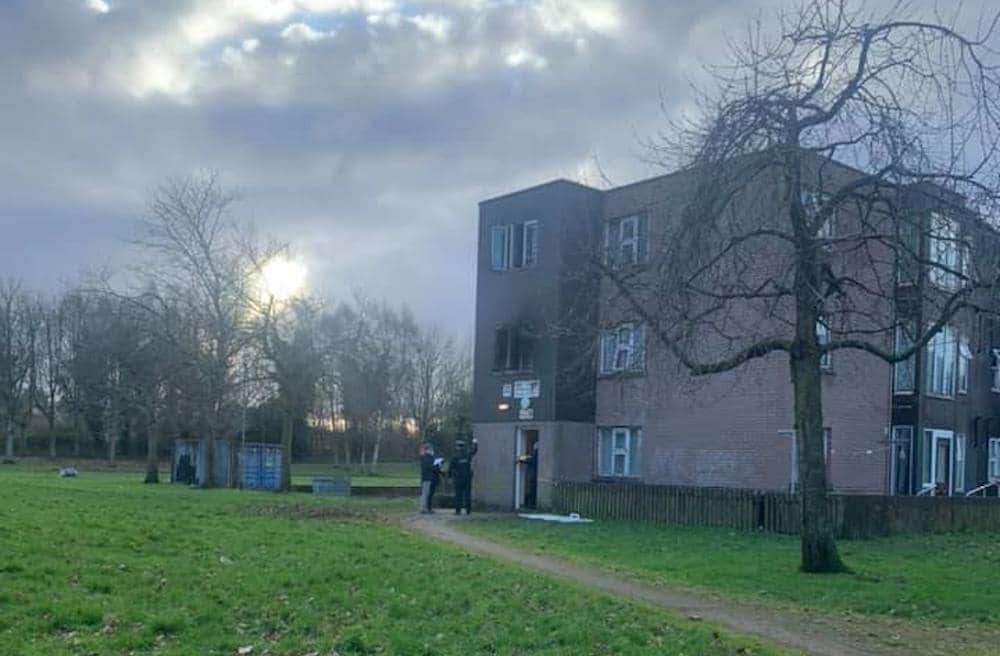 A man has been taken to hospital following an arson attack on a block of flats in Craigavon early on Monday morning.

Detectives have launched an investigation into what they are describing as an arson attack at flats in Aldervale.

The fire is believed to have been started in a bin outside one of the flats at around 8am on Monday morning, and caused smoke damage to several of the properties.

A number of people were evacuated from the flats whilst emergency services dealt with the incident and one man was taken to hospital to be treated for smoke inhalation.

Enquiries are ongoing into the incident, which is being treated as arson at this time, and anyone who saw anything suspicious is asked to call police on 101 quoting reference 258 of 8/2/21.

A report can also be made online using our non-emergency reporting form via http://www.psni.police.uk/makeareport/.