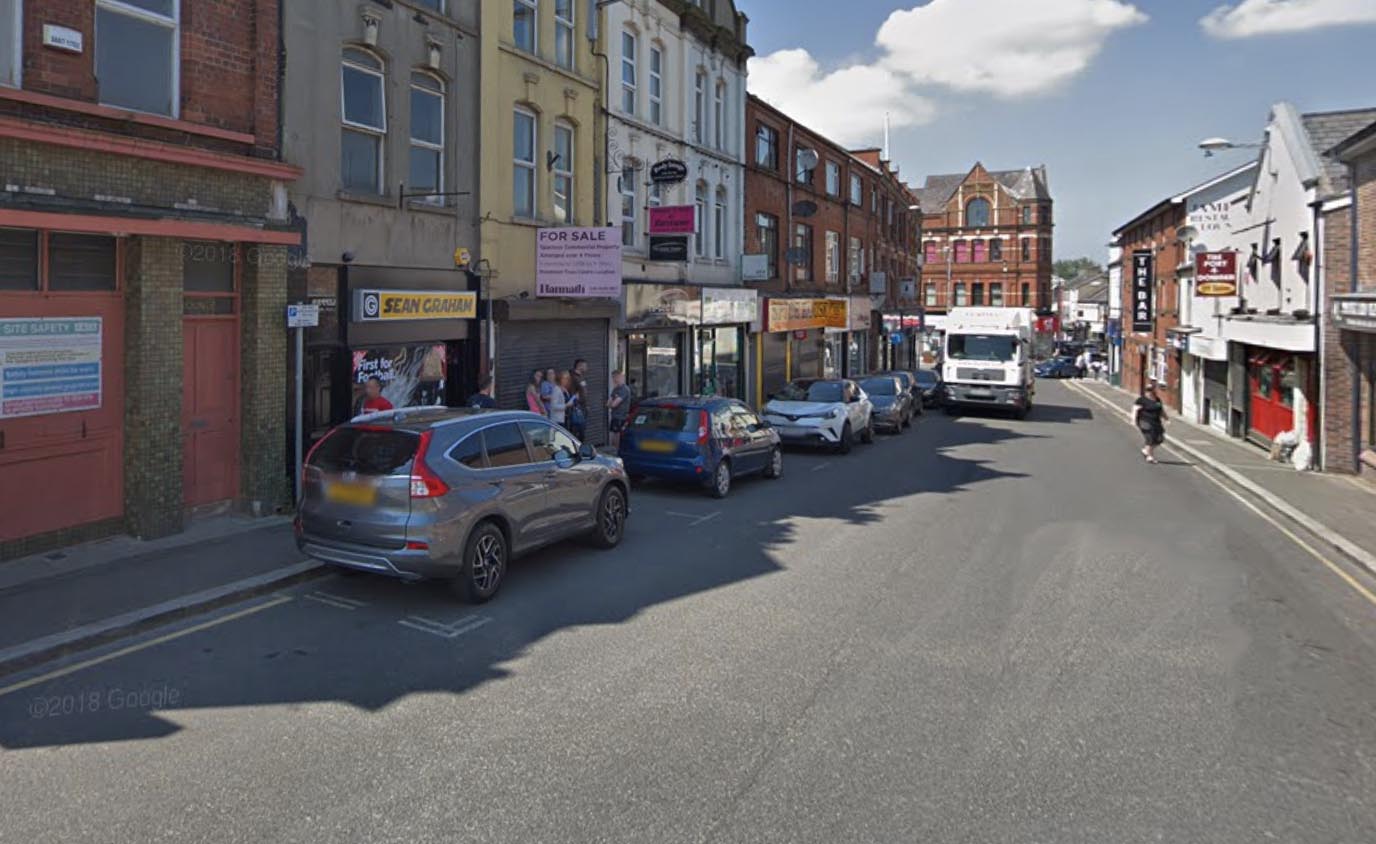 A Craigavon man who threatened a member of staff at a local bookmaker has been handed 80 hours of community service.

The 28-year-old’s solicitor commented that the order would “give him less time to drink” as alcohol was a key factor in his offending.

Court heard that on November 29, police were called to a report of a male being disorderly in Sean Graham’s bookmakers on Thomas Street, Portadown.

Officers arrived and arrested the male who was identified by the staff.

They spoke to the injured party who stated the male, who had previously been barred, had jumped on the cash counter and told him he would give him a black eye.

Police spoke to the defendant and noted that he appeared intoxicated.

Despite being asked to stop Titmus continued to swear and refused to give his details to officers.

The defendant was then subsequently arrested for disorderly behaviour.

Defence solicitor Richard Montieth stated: “The key word is alcohol and the misuse of it for A, his record, and B, his behaviour.

“The only saving factor is that this was verbal disorderly, if he had the option he would engage in community-based disposal which would give him less time to drink.”

District Judge Bernie Kelly stated: “This is wholly unacceptable behaviour to get yourself into that state.

“All of the entries on your record are alcohol-fuelled. I am going to impose a sentence in order to give you the assistance in re-evaluating your attitude towards drinking.”

Titmus was sentenced to a combination order consisting of 12 months probation and 80 hours of community service.