Deputy District Judge remarked: 'There is no doubt this was careless driving with a certain level of stubbornness about who caused the collision' 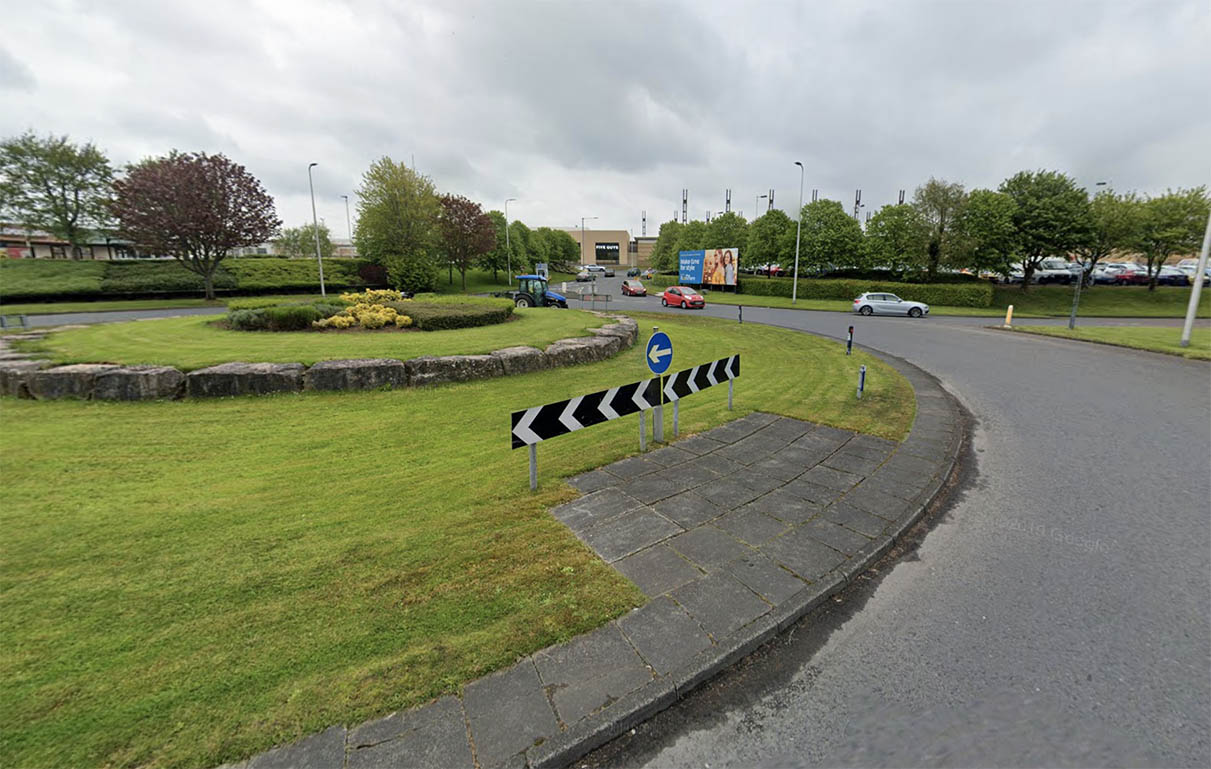 A Portadown man who collided with a driving instructor coming off a Co Armagh roundabout has been handed three penalty points after being judged to have been in the wrong.

The 78-year-old had claimed the injured party had drifted into his lane upon exiting the roundabout but admitted to not braking to avoid the collision.

Michael Bingham, of Churchill Park, appeared charged with failing to remain, failing to report, failing to stop and driving without due care or attention at Craigavon Magistrates’ Court on Monday.

The defendant had pleaded not guilty to the offences and the case was listed for contest.

First called to the stand was the injured party, who explained that he was a driving instructor and had been involved in that occupation for coming on 11 years.

It was outlined by the prosecution that the incident occurred on May 27, at around 4.40pm, on the roundabout at Central Way, Craigavon.

The injured party explained: “It was a miserable day, it was quite rainy and there was poor visibility.

“I was driving from Portadown in the direction of Lurgan, I had a young fella with me who had just passed his test.”

He continued: “I was positioned in the left lane to go straight on. I was restricted to 45mph anyway. I slowed down on approach and checked my mirrors. I observed a black car some five or six lengths behind me.

“I felt the thump just as I was leaving the roundabout. I initially thought it was a pothole or a cone. It was felt on the driver side and when I looked I saw the black car overtaking me on the right lane at speed.”

The injured party explained how he had slowed down with the intention of exchanging details with the other driver but despite using his horn and lights the offending vehicle left.

He stated: “I tried to keep up with him, I sounded my horn. At one point I thought he looked in my direction and I waved him to pull over but I was restricted to 45mph and could not keep up.

“I took the pupil back to Lurgan. When I examined the car I saw it was quite badly dented on the back right door and the rear quarter panel.”

Following this, the injured party attended the police station in Lurgan to report the incident.

He later took the car to get an estimate to repair the damage which was found to be around £1,100.

Defence solicitor Brendan Hagan commented that the right hand lane was often used at the roundabout to continue straight due to the level of traffic which was heading to the Rushmere shopping centre.

He stated that his client had suggested the injured party had swung into the right lane as he was leaving the roundabout.

The injured party disputed this saying: “That simply did not happen.”

Mr Hagan submitted that the injured party had “totally exaggerated what occurred” and that he had “drifted” into the right lane.

Next called to give evidence was a constable. She confirmed she had taken photographs of the damage to both vehicles and had interviewed the defendant.

She admitted that Bingham had claimed to have been unaware of the contact and had believed he had simply hit a kerb.

The the defendant was called to the stand, where he admitted to being in the right hand lane of the roundabout to avoid traffic into the shopping centre.

Bingham stated: “I was preparing to overtake the vehicle in the left lane but as we exited I saw that his back wheel was over the dividing white line of the dual carriageway.

“It was all a matter of seconds. I moved over to the right to give him a chance. I felt a jolt but felt I was far enough over and presumed I had hit the kerb.”

The defendant acknowledged seeing the injured party flashing his lights but he did not stop as “I felt as though I had done nothing wrong”.

Bingham said he was later contacted by the police.

The defendant commented: “I admitted to an incident occurring and was given a phone number for the defendant.

“I had looked at my car but there was very little damage. I thought it must be minimal and so for there to be no hassle I was prepared to pay the damage until I got the estimate.”

Cross-examining the defendant, prosecution asked: “You admit to trying to squeeze through a gap, did you try to brake?”

Bingham replied that he believed there was enough space and he had not braked due to it being only a matter of seconds.

Prosecution added: “Clearly there was not, a confident courteous driver would have stopped and checked that everything was okay.

“Also you admit to seeing the damage before being contacted by the police and yet you did not report this to them.”

Deputy District Judge John Connolly stated: “There is no dispute that a collision took place, there was a thump heard. That is acknowledged by both the defendant and the injured party.

“No evasive action was taken by the defendant. I accept the injured party’s account that he was approached with speed and was a careful driving instructor.”

He continued: “The defendant accepts seeing flashing lights but he continued to drive. He did not stop and exchange details with the injured party.

“There is no doubt this was careless driving with a certain level of stubbornness about who caused the collision.”

The defendant was handed three penalty points and was ordered to pay a fine of £400, along with the offender’s levy of £15, within 26 weeks.