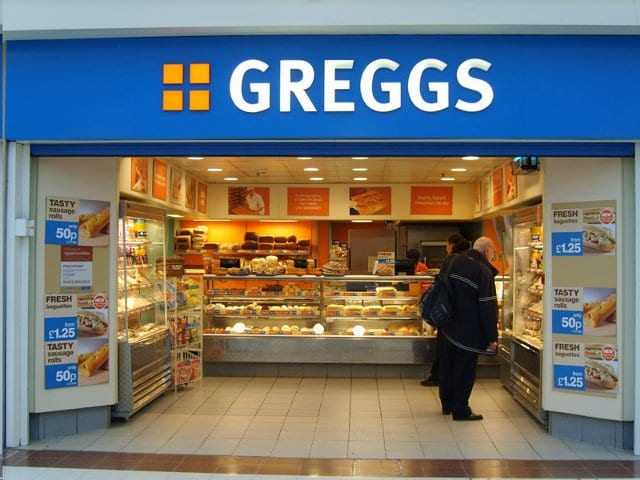 Bakery giant Greggs is set to open up to 50 stores across Northern Ireland which could mean a store in every major town across county Armagh.

The company, which operates just one store in Northern Ireland, is looking to open 10 in Belfast with the remainder of its stores to be scattered across the country.

Greggs launched its first store at the new Applegreen service station on the M2 earlier this year.

And they currently in the process of scouting locations across the province. The average Greggs store employs 10 people which could mean up to 500 jobs created.

Greggs has 1,670 stores located across the Britain.

A Greggs spokesman told the Belfast Telegraph they will “continue to view Belfast and Northern Ireland as an attractive market.

“We currently have one franchise shop open and continue to look for good opportunities to develop our estate.”

Greggs is known for its range of cheap and cheerful baked goods.