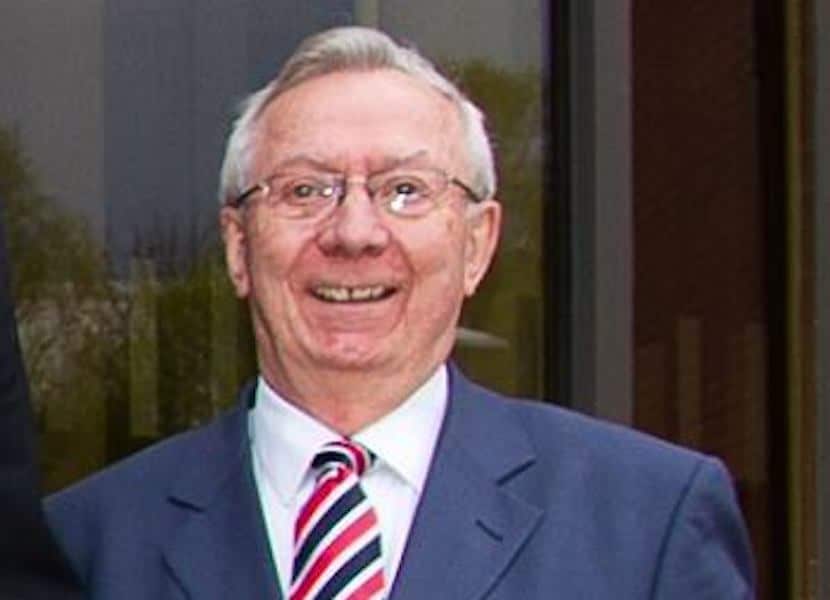 A former mayor of Craigavon and long-serving Upper Bann MLA Samuel Gardiner has passed away, age 82.

Mr Gardiner was elected to the Assembly in 2003 where he served on the Environmental, Leisure Services and Public Services Liaison Committees and was the UUP spokesperson on environment.

As the oldest Northern Ireland Assembly member, Gardiner also served as Father of the House, a role which includes presiding over the election of a new Speaker of the Assembly.

He was a former High Sheriff for County Armagh and was appointed as a justice of the peace. He was also a member of the Orange Order, “deputy Sovereign Grand Master” of the Royal Black Institution and former chairman of Glenavon F.C.

Earlier in his career he worked for Twybles Linen Manufacturing in Lurgan, as well as Northern Ireland Electricity as a Manager in the Lurgan Office, and then as Armagh area Credit Controller over Banbridge, Lurgan, Lisburn, Newry and Portadown.

Mr Gardiner was elected to Lurgan Borough Council at the age of 23 in 1964 and elected Ulster’s youngest Mayor in 1968.

The Leader of the Ulster Unionist Party, has paid tribute to his former colleague – and predecessor – Sam Gardiner MBE JP.

Doug Beattie MC MLA said: “All members of the Ulster Unionist Party are deeply saddened to learn of the passing of our former colleague Sam Gardiner.

“Sam was a very friendly and personable man who was held in high esteem by Council and Stormont colleagues across all parties and by the electorate. He was a man of conviction, a man of passion and a man of dedicated service and the party will be the lesser for having lost him.

“Having spoken with his family this morning, on behalf of the Ulster Unionist Party I would like to send my deepest condolences to Sam’s family and his many friends, at this sad time.”

Commenting on his death, Upper Bann MP Carla Lockhart, said: “First and foremost my thoughts are with Sammy’s family, for whom this loss will be most acutely felt.

“Sammy was a dedicated servant of the people, with decades in public office from Council through to the corridors of Stormont. He had a great heart for the Lurgan area in particular, and I know many people in the local community will be deeply saddened to hear of his passing.”

“I worked with Sammy both in Council and in the Assembly over many years and while we had a different view of the world I always found him to be very civil and personable,” said Mr O’Dowd.

“He worked hard on behalf of his constituents but his loss will be felt most by his family and friends to whom I offer my deepest sympathies at this sad time.”

Alliance MLA, Eoin Tennyson, commented: “I would like to extend my deepest condolences to Sammy’s family, friends, and Ulster Unionist Party colleagues at this difficult time.

“He dedicated his life to public service for over 50 years, serving the people of Lurgan in local government, and Upper Bann at the Assembly. He will be greatly missed by many in the community.”