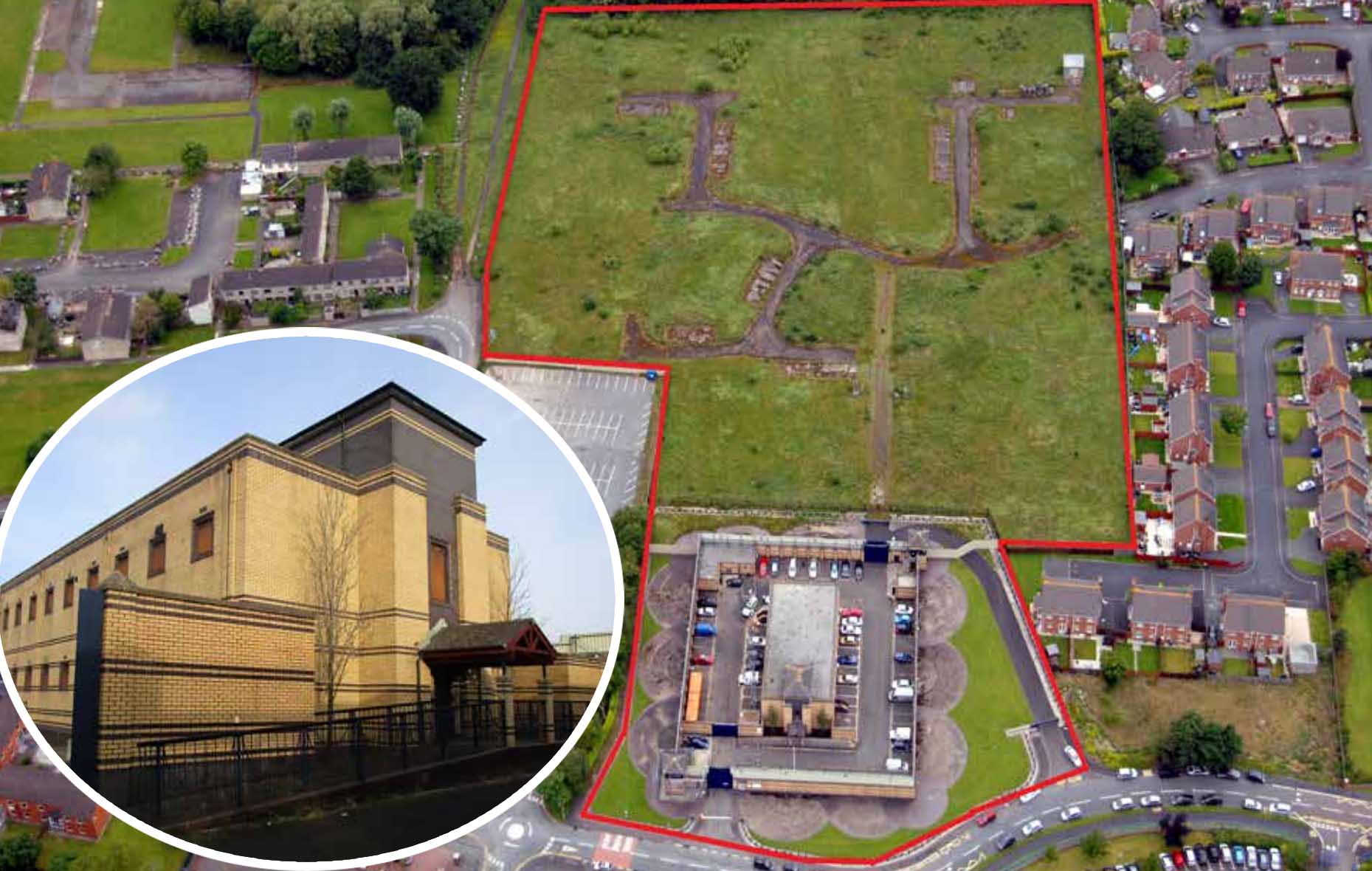 A former county Armagh police station has gone on the market for £850,000.

The former Legahory PSNI building in Craigavon is the latest station to go on the market in Northern Ireland.

Stations at  Moira and Tandragee are already closed to the public and do not have officers or staff working in them.

This Co Armagh property, being sold by the agent Lambert Smith Hampton, comes with lands totalling 9.2 acres, with the first part (1.2 acres) in a “secure and well fenced site”.

Internally, the building is divided into several smaller rooms, “as is typical with former police station buildings”.

The land to the rear of the police station is primed for a Phase 1 housing development.

It is fully fenced on all boundaries and on level ground. This rear portion of lands can be accessed via the Legahory Road or via the adjacent private residential development known as Rowan Park, off the Tullygally Road.

Previously this rear lands has been developed for housing and the road infrastructure remains, although this is now largely overgrown.

Surrounding land use in the immediate area is dominated by housing, whilst other nearby amenities include St Anthony’s School, Brownlow Health Centre, St Anthony’s Church, Legahory Neighbourhood Retail Complex and Brownlow College.

Rushmere Shopping Centre and Retail Park is located nearby, off the A3 Lake Road with Lurgan and Portadown town centres being approximately two miles and four miles distant respectively.

Find out more about this property here.