Five Guys and Nando’s to open at Rushmere next week 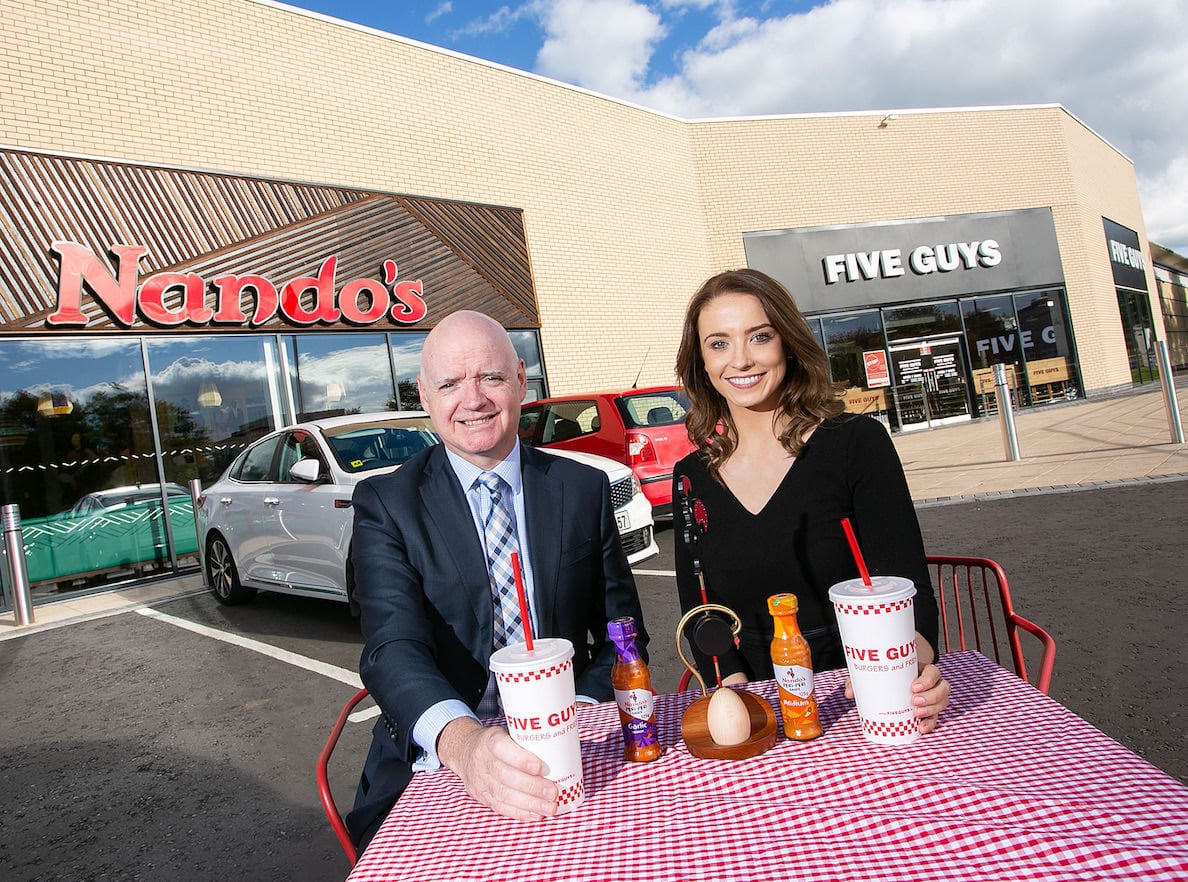 Part of a £2 million investment by Rushmere, the two restaurants, which have a combined space of more than 7,000 sq. ft., will create more than 100 local jobs.

The new restaurant additions will enhance the centre’s longstanding appeal as a top retail destination.

Rushmere Shopping Centre opened in Craigavon 42 years ago and attracts more than 5 million visitors a year.

Five Guys will officially open its doors to the public on Monday, October 1 at 11am, followed by an official opening by Nando’s on Wednesday, October 3 at 12 noon.

WIN! Your chance to officially open Nando’s Rushmere for you and three friends

Five Guys will have seating inside for 100 people and will serve its world-famous menu of made-to-order burgers, beef dogs, sandwiches, drinks and milkshakes, all of which are freshly cooked on site using quality ingredients.

Its famous fresh-cut fries, cooked in peanut oil for a unique flavour, are a guaranteed restaurant staple as are its vast choice of toppings.

Five Guys’ first arrival to Dublin and Belfast caused a frenzy with foodies, with huge queues forming in advance of their official opening.

Famed around the world for its flame-grilled PERi-PERi chicken, spicy wings, burgers and fries, Nando’s, which now has five outlets in Northern Ireland and a global cult following, is creating 40 full and part-time posts at its newest Craigavon restaurant venture, which can accommodate 120 people at any one time.

“Location, the right retail mix and access to big brands in both food and retail are what our customers demand, so we’re delighted to deliver on our promise to bring the biggest and the best of those to Rushmere,” centre manager, Martin Walsh, said.

Savills’ Colleen Fox said: “Securing these global restaurant brands for Rushmere represents a real coup not only for the centre but for the wider region. With established credentials and a strong, growing customer base, both Nando’s and Five Guys complement Rushmere’s attractiveness as a major regional visitor destination.”

Rushmere Shopping Centre is one of Northern Ireland’s largest retail destinations, located between Portadown and Lurgan just 30 miles to the west of Belfast.