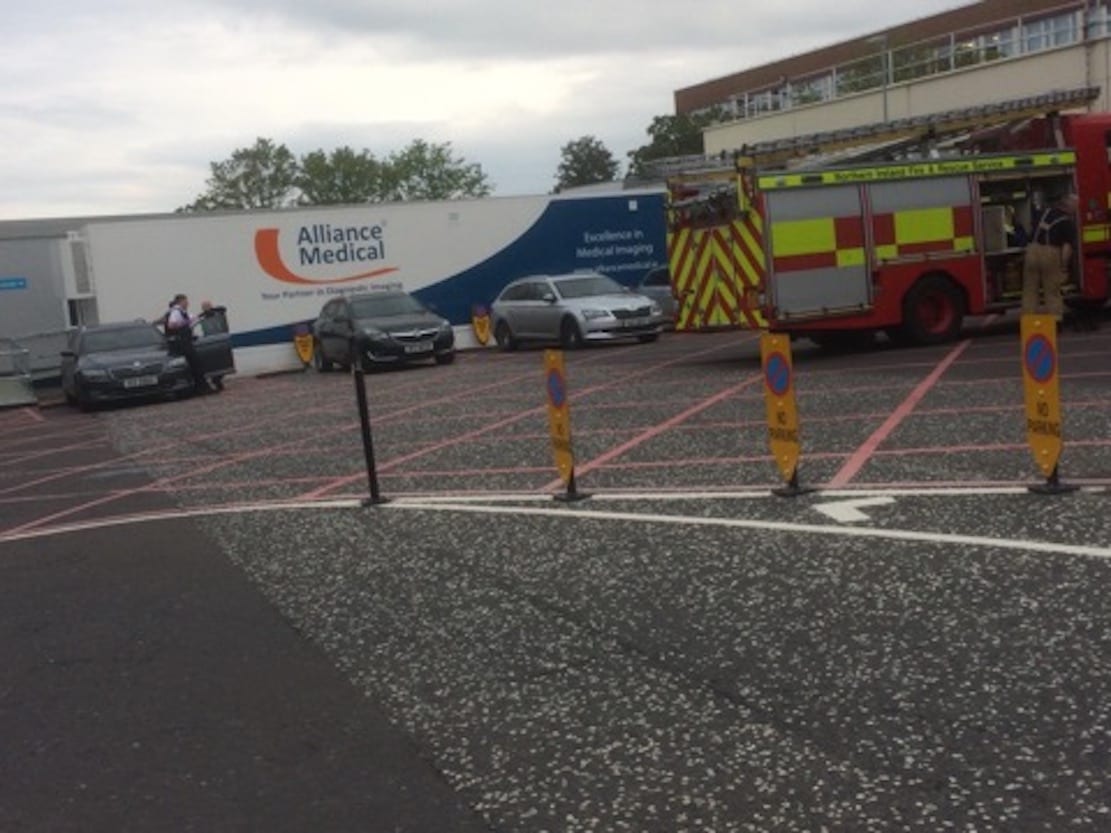 The Emergency Department at Craigavon Hospital has been evacuated this morning (Tuesday) following a suspected fire.

There are reports a bed was set alight prompting the emergency response.

Police and fire crews attended the incident shortly after 7am.

One eye-witness, speaking to Armagh I, said: “I’m in the hospital at the minute and the whole A&E has been evacuated.

“Some fella set the bed on fire in the room in front of our cubicle.”

He added: “Smoke filled the entire floor and flames were as high as far as I could see.”

There are no further details at present but this story will be updated as and when information becomes available.