Drugs worth over £10,000 seized in search in Co Armagh 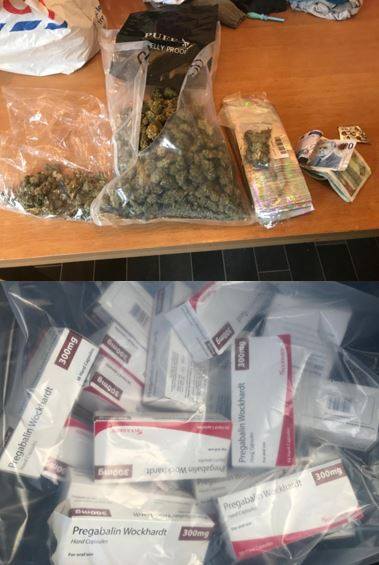 Drugs with an estimated street value of more than £10,000 have been seized in the Craigavon area.

The seizure came after the PSNI’s Emerald Tactical Support Group, in partnership with officers from the Organised Crime Unit, conducted a search.

As a result approximately 1000 Pregabalin tablets and cannabis was uncovered.

A PSNI spokesperson said: “Tactical Support Group working alongside other colleagues are committed in making Northern Ireland a hostile environment to those involved in drug dealing.”