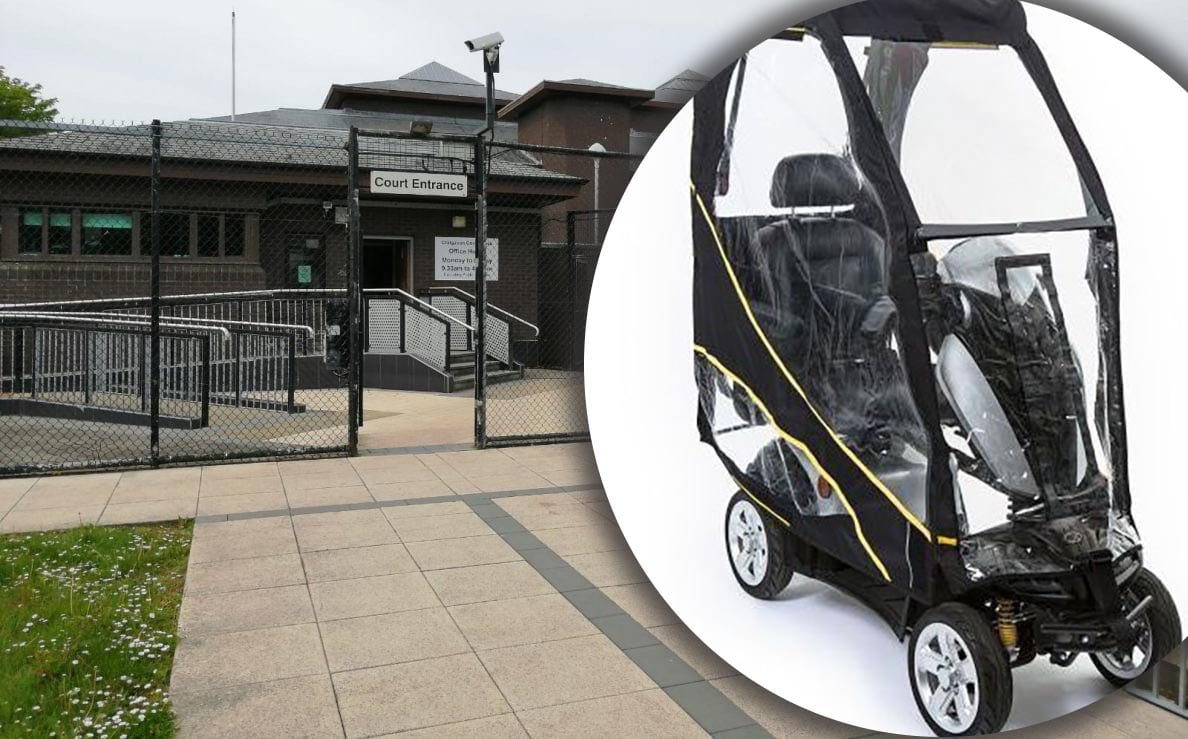 A Craigavon man who ran into the rear of a pedestrian with his mobility scooter has been handed a one month driving disqualification.

Court heard that the gentlemen who had been struck by the 48-year-old ended up with a broken arm as a result of the collision.

Kieran McAlinden, of Garrymore, Moyraverty, pleaded guilty to driving without due care and attention at Craigavon Magistrates’ Court on Wednesday.

Prosecution outlined that on June 29, police received a report of a road traffic collision involving a pedestrian and a mobility scooter on Edward Street in Lurgan.

The injured party had been hit from behind by a mobility scooter and had broken his arm as a result.

On August 18, police interviewed the defendant and he made full admissions to the offence.

McAlinden said he didn’t see the injured party as he had been looking at his watch.

Defence solicitor Pat McMahon stated: “He does not have a licence and his record should make it clear why, but there has been nothing in the last five years.

“The mobility scooter had a cellophane roof but there were no wipers. He could not see the injured party and hit him on the heel.”

He added: “Given the age of the gentleman, he was 70 years of age, he was very vulnerable and was injured.”

Mr McMahon outlined that McAlinden had a very serious brain injury some years ago which led to him having various mobility and behavioural problems.

The defendant was disqualified from driving and was ordered to pay a fine of £75, along with the offender’s levy of £15.