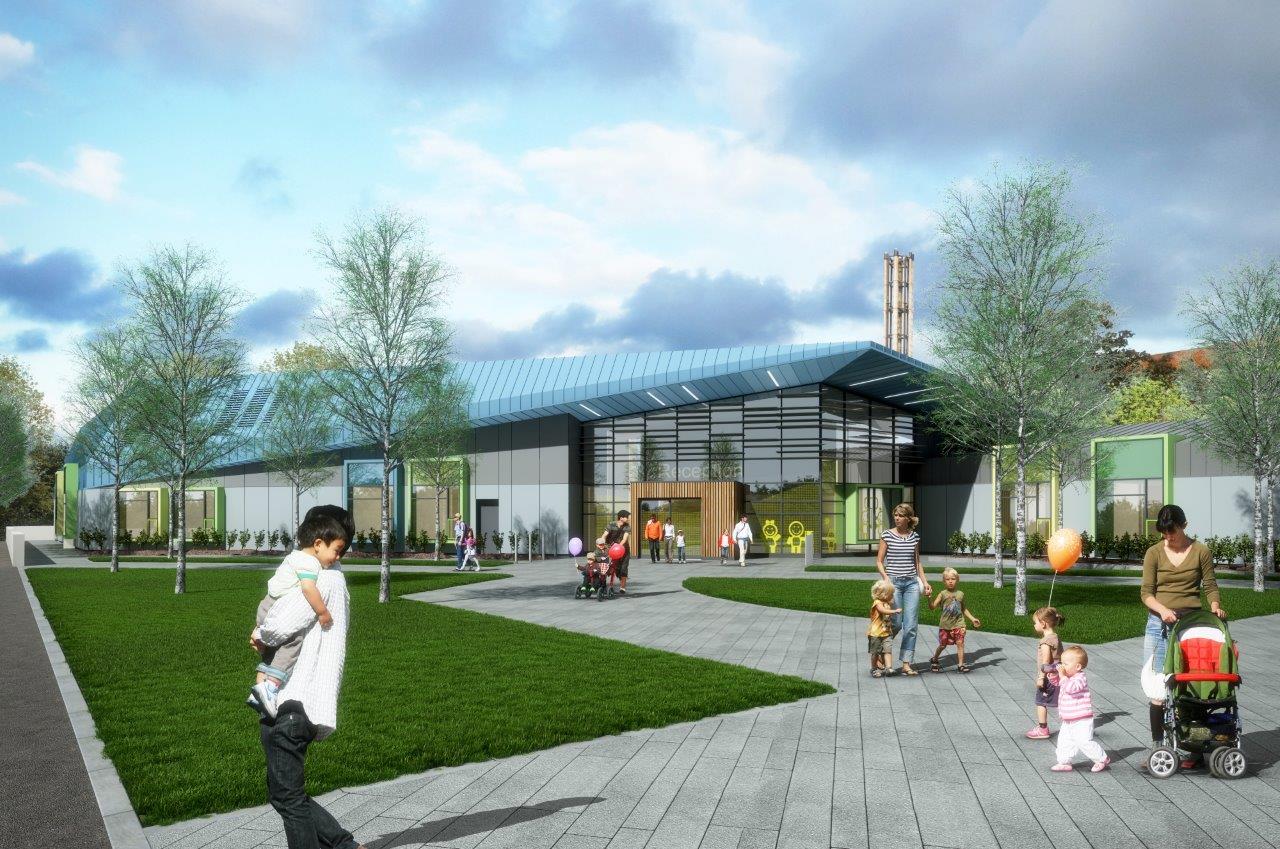 Work on a new £6.9 million state-of-the-art paediatric unit at Craigavon Area Hospital will begin much earlier than expected – next week in fact!

Plans for the 19-bed facility were only formally given planning approval last month, and exclusively revealed by Armagh I.

And now it’s all systems go, with the first phase to make way for the new paediatric building to get underway on Monday, with completion expected next year.

It’s part of a £15 million package to modernise hospital services for children and young people across the Southern Trust.

All planned paediatric surgery for the Southern Trust will be centralised in a new £8.4m purpose designed centre on the sixth floor of Newry’s Daisy Hill Hospital.

The new Craigavon centre will be located in the current Car Park 1.

This first phase of works involves extending the GP out of hours car park and developing additional parking spaces at Trust Headquarters.

The GP out of hours car park will be closed temporarily for an eight week period and there will also be additional works on the main avenue as a new layby is created for future bus use.

Welcoming the new development, Paul Morgan, Director of Children and Young People for the Southern Trust, said: “We are delighted to start working on these plans which we have been developing since our public consultation ‘Changing for Children’ in 2010.

“We have a very dedicated paediatric workforce and look forward to having the highest standards of facilities to offer acute paediatric care across both of our hospitals.

“In addition to ongoing works around the hospital, this further reduction in car parking will undoubtedly cause additional pressures to the already very busy site.

“Whilst signage will be in place to direct traffic and the contractors will do everything they can to minimise disruption, we appeal to staff, patients and visitors to allow plenty of time when coming to the hospital for parking, perhaps considering public transport or to leave your car at home and get dropped off if at all possible.

“We apologise in advance for any temporary disruption and appreciate co-operation and patience from all of those using the site while we make these improvements to our services.”

Construction work on the new development is planned for completion in 2017.