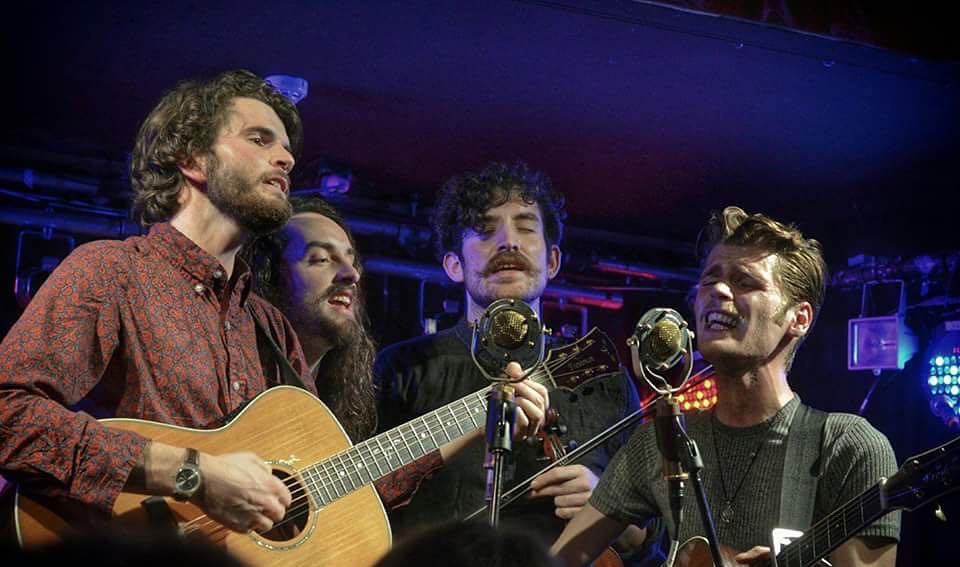 Glastonbury may be over for another year but Co Armagh is about to get in on the act!

Fourteen acts performing on two stages with the best of local food and drink too!

Local festival goers are in for a treat this September as local events company Brown Lemonade Ltd prepare to launch their  first ever ‘Moira Calling’ music, food and drink festival.

The festival is being held on Saturday, September 10 at The Demesne, Moira, Co Armagh.

It is hoped audiences will travel from all across Northern Ireland and beyond to soak up the vibrant atmosphere and sample a superb range of independent music, food and drink.

Made up of brothers Harry and Alfie Hudson-Taylor, the band who are currently recording the follow-up album to their hugely successful debut ‘Singing for Strangers’ will play ‘Moira Calling’ as part of their busy summer schedule.

There will be 14 acts performing across two stages throughout the day – a selection of the best singer songwriters and bands have been hand-picked to perform at ‘Moira Calling’ to reflect the ethos of the festival organisers, Brown Lemonade Ltd.

The company was proudly established last year with the ethos of promoting ‘all that is good in the Northern Ireland music scene’ and is passionate about showcasing the best of local when it comes to food & drink.

Director Michael Ferguson said: “We are super excited about our first ‘Moira Calling’ Festival. We think there is something at ‘Moira Calling’ for everyone–we hope to fuse all the things that people love about festivals, without them having to travel too far.

“Our picturesque venue in Moira was selected as it is very accessible to people from both the North and South of Ireland.  We feel ‘Moira Calling’ is an opportunity to unveil some of NI’s finest musical talent.

“To compliment this we have invited selected artists from further afield to play.

“As well as great music, festival goers will also have the opportunity to experience the best in Northern Irish-sourced food produce coupled with a range of the finest craft beer and cider produced by Northern Ireland’s blossoming micro brewing industry.’

Children under 18 years old are welcome at ‘Moira Calling’ when accompanied by an adult. Family tickets are available to purchase and doors open from 1pm.

Tickets for ‘Moira Calling’ are on sale now and can be purchased online at www.ticketmaster.com  or at selected outlets. Full details of outlets and information can be found at www.moiracalling.com or on the facebook page facebook.com/moiracalling