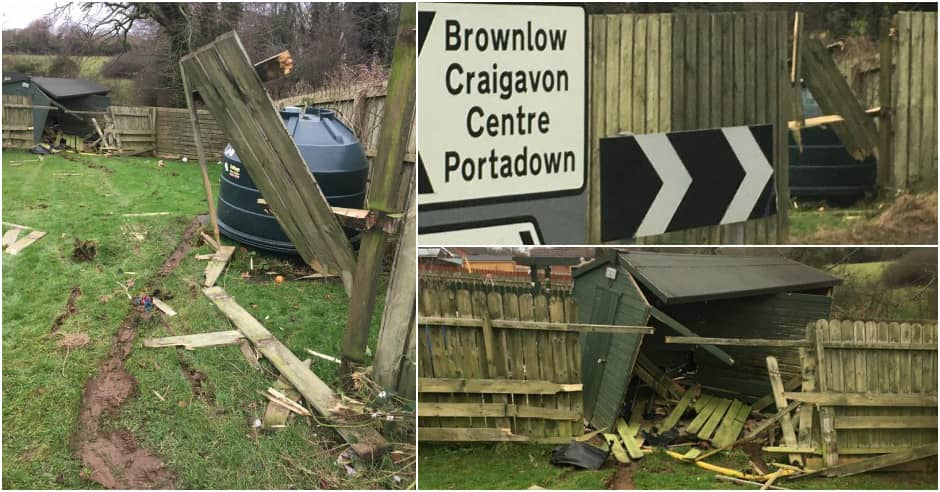 The driver of a car who smashed through a garden fence in Lurgan this morning missed an oil tank by inches.

The incident, which happened on Sugar Island Road in Bleary, could have been much worse had any residents been in the garden at the time.

The vehicle drove straight across the road into the fence of a dwelling in Old Court Manor. It ended up smashing into a neighbour’s garden shed.

Police arrested the driver who missed an oil tank by inches.

Councillor Declan McAlinden says he will try and force Transport NI to have a serious look at this junction in Craigavon.

“Speaking to the residents they are extremely angry and frustrated with lack of action from TNI,” he said.

“They told me that this has happened at least six times over these last couple of years and are worried that sooner or later someone is going to be seriously injured if not a fatality. If it happened in daylight and children were playing they dread to think what would have happened.

“TNI have told them in the past that barriers are not an option because of fear of people ‘claiming ‘ if injured while crashing into them .

“This is ridiculous  and I will be contacting them to make this junction safer and to install some sort of crash barrier.

“Meanwhile I want to commend the PSNI on apprehending the person involved.”