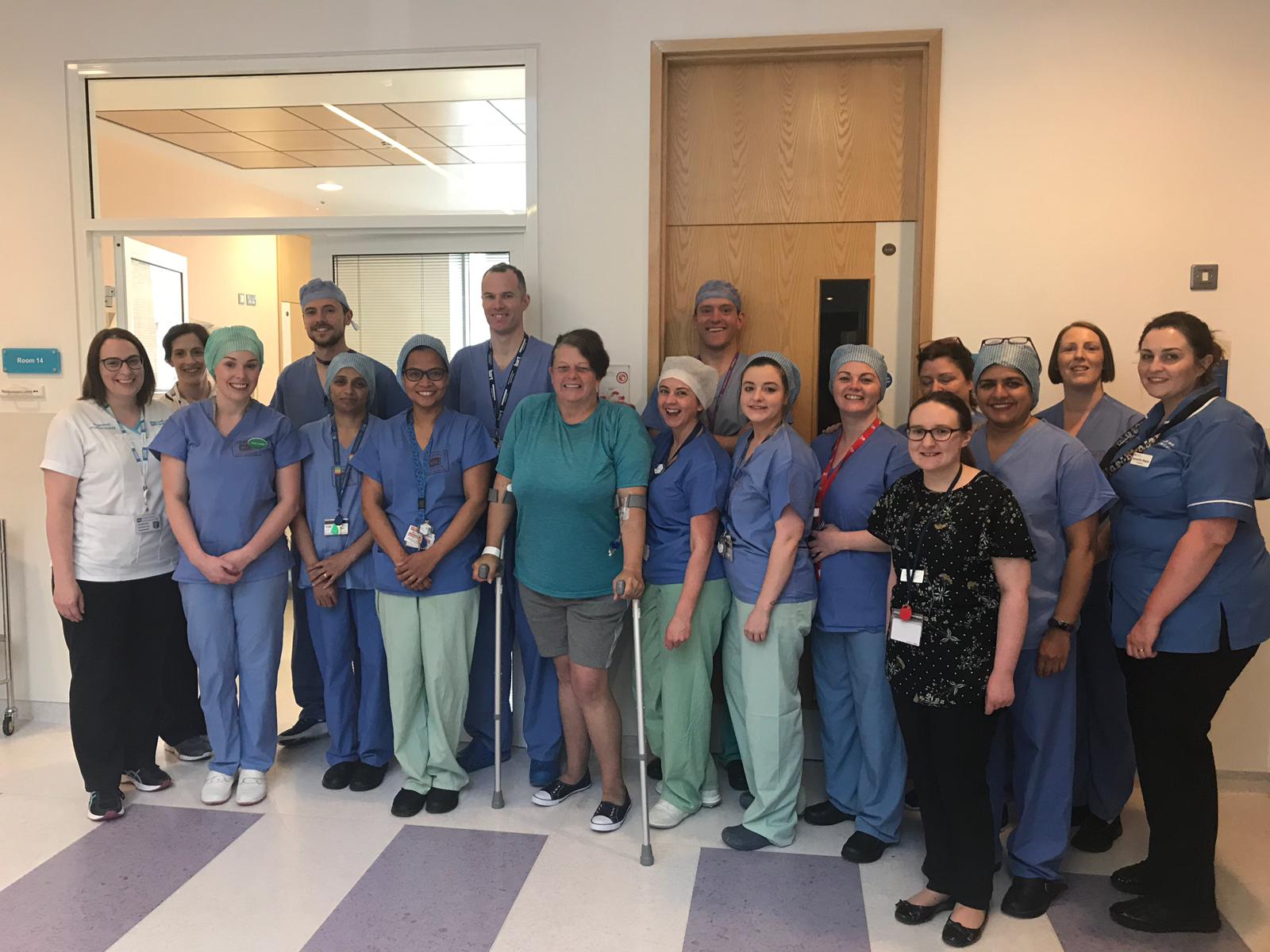 A Caledon woman has become the first to undergo a hip replacement at Craigavon Area Hospital and to have been released home on the same day.

Tracey Murphy-Kelly went through a fast-track programme in Craigavon Area Hospital and was discharged later that day.

The Orthopaedic team in Craigavon Area Hospital has very recently commenced a programme which aims to allow patients having a hip replacement to walk as soon as possible after surgery.

She said: “Mr Paul Magill, Consultant Surgeon and Dr Nidhi Gupta, Consultant Anaesthetist lead a motivated and innovative team who have worked very hard to identify and make a series of small changes and improvements to the processes involved in a hip replacement operation.

“For example, decreasing the time required to fast, keeping the patient well warmed before the operation, allowing the patient to walk to theatre, getting the patient into their own clothes and out of bed straight after the operation – with the result that patients are able to walk and then go home much sooner after surgery.”

She added: “Internationally, same-day discharge has been shown to decrease the need for strong painkillers and improve patient outcome.

“This is the second recent success for the Orthopaedic department in Craigavon Area Hospital having started day-case partial knee replacements earlier this year following a successful trial.”