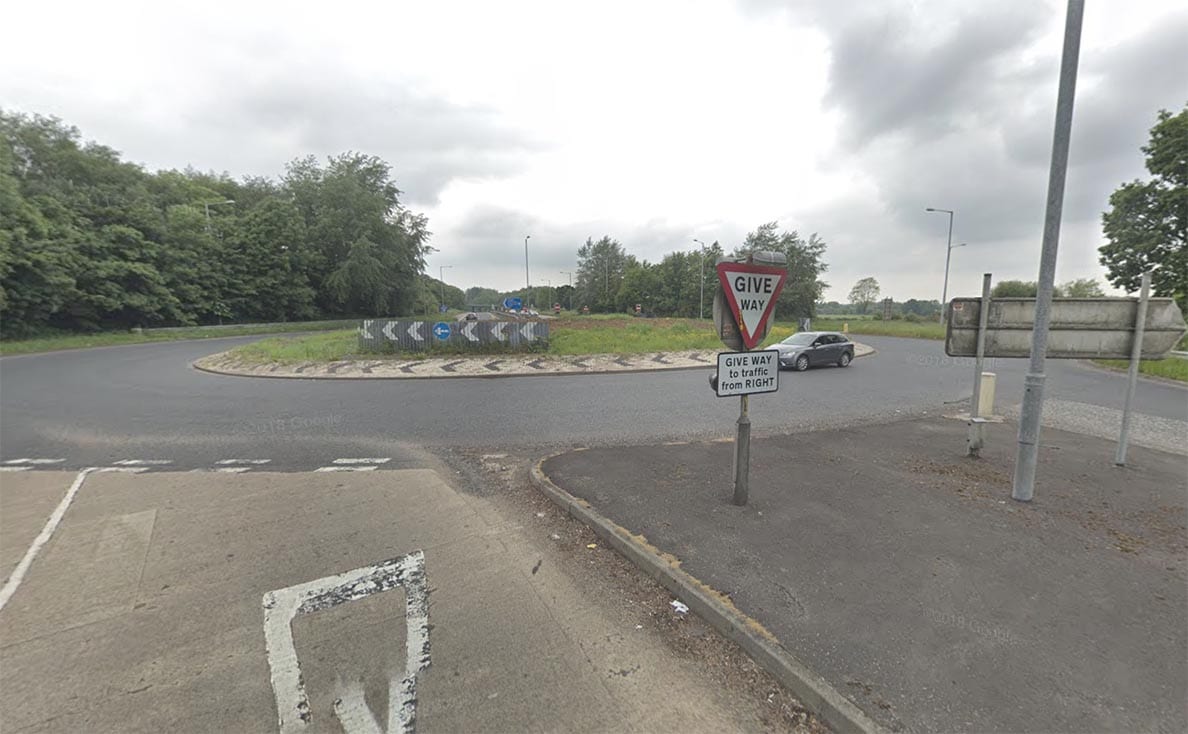 A bar manager who was involved in an accident whilst over three times the legal limit has been banned from driving for 18 months.

A district judge told the 29-year-old: “You are very lucky that it was only you that was injured. If anyone else had been involved you’d have been in the Crown Court.”

Daniel Diamond, 29, of Holywood, Co Down pleaded guilty to driving with excess alcohol at Craigavon Magistrates’ Court on Friday.

Court heard that on October 21, at around 4.45am, police received a report of a single vehicle collision on the M12 Portadown.

Officers arrived to find a grey Porsche on the wrong side of the barriers of the M12 roundabout, Portadown.

The vehicle had received substantial damage and the registered owner, the defendant, was at the scene.

Police noted that Diamond appeared unsteady on his feet and his breath smelt of alcohol.

Court heard that the defendant’s trouser zip was down, his shirt was missing a button and there were cuts on his hands.

Diamond told police: “I own the vehicle but it was not me driving, I’ve not been in that car.”

There was damage to four sections of the barrier and a ‘give way’ sign.

A preliminary breath test at the scene carried out on the defendant resulted in a fail and a reading of 159mg of alcohol in 100ml of breath- over four times the legal limit.

Diamond was subsequently arrested and made no reply to caution.

During a search of his person, the keys to the Porsche were found in his right trouser pocket.

The defendant was taken to Lurgan Custody Suite where a lower reading of 107mg of alcohol in 100ml of breath was obtained before he was transferred to Musgrave.

Whilst en route, Diamond told police that the airbag in the car had not hit him as he had dodged it.

When interviewed at Musgrave, the defendant said that he could not remember driving, he could only recall being at a wedding in Dundalk and then being in the police car.

However, he did comment that it must have been himself that was driving.

When asked about the injuries to his hands Diamond claimed these had been as a result of playing rugby.

Court heard that the defendant managed a bar in Belfast and had worked his way up from a bartender.

Diamond needed his licence to carry out this role as it often required him to travel.

Defence counsel stated: “He appreciates that his comments at the roadside were not helpful but this was a plea at the first opportunity.

“This has been a salutary lesson for this young man as he was lucky that there was no one else involved in this accident.”

He added: “His conduct otherwise was exemplary. This is the first drink driving case in which I have heard of a defendant thanking the police and cooperating at every stage.

“I believe that it is highly unlikely that this man will ever be before a court again.”

District Judge Alan White stated: “You are given credit for your early plea and your lack of record, however, there is no getting away from the fact that you were three times the limit and involved in an accident.

“You are very lucky that it was only you that was injured. If anyone else had been involved you’d have been in the Crown Court.”

Diamond was disqualified from driving for 18 months and ordered to pay a fine of £350, along with the offender’s levy of £15.