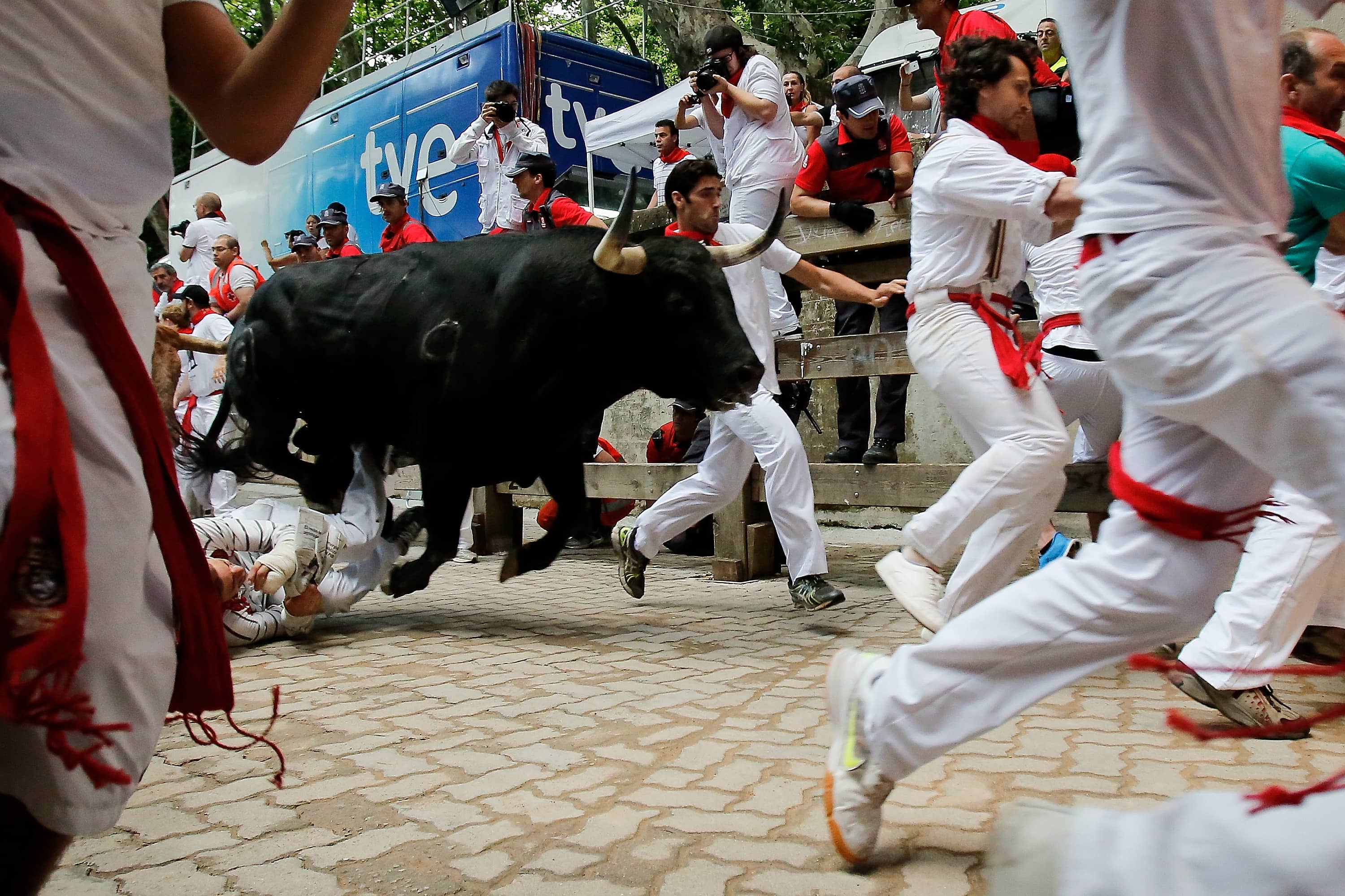 A county Armagh woman has been left hospitalised after being injured in the world-famous Pamplona Bull Run in Spain.

Kayleigh McManus, from Portadown, suffered head trauma after being caught by one of the bulls.

Speaking to the Irish Mirror she said: “It’s the first time I’ve been to the Running of the Bulls festival but the third time I’d run since it started.

“I’ve seen it on the television and always wanted to run, it was like a dream for me.The shock of the injury hasn’t taken away my wish to keep on running.

“The adrenalin is incredible. I feel like I’m on top of a mountain when the run finishes. I’ll definitely try and come back next year.”

The county Armagh native was among nine people to have sustained injuries at this year’s festival.

The festival, which runs for nine days, has seen a total of 14 fatalities over the last 100 years.

The practice involves running in front of a small group of bulls that have been let loose on a course of a sectioned-off subset of a town’s streets. The most famous running of the bulls is that of the eight-day festival of Sanfermines in honour of Saint Fermin in Pamplona.