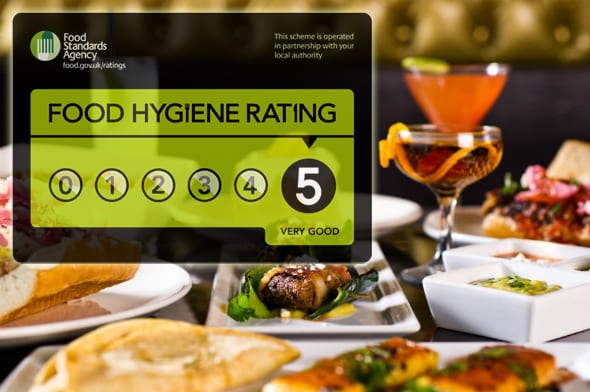 A proposal to impose a £200 fine on food businesses who do not display a hygiene rating sticker has been welcomed by Armagh City, Banbridge and Craigavon Borough Council.

Under current legislation, businesses in Northern Ireland and England do not have to display their hygiene ratings, which are graded up to five stars.

But that is about to change from October 1.

The council – in a response to the consultation process – says it agrees with the level of fixed penalty proposed and welcomes the offer of a reduction if the fee is paid within a fortnight.

The ABC Council also agrees with the exemption of some types of establishments, but adds: “We would welcome some consideration on the inclusion of manufacturers in the scheme, as manufacturers with a retail element are already included and receive a rating.”

While businesses are rated, it is only in Wales that it is currently illegal not to display the rating.

And while it is not currently imperative to display the rating here, it is a good advertisement for any business which do – provided they have achieve a high enough standard.

The Food Hygiene Rating Scheme (FHRS) has been operating in Northern Ireland on a voluntary basis since 2010.

A partnership initiative between the council and Food Standards Agency, it is described as a key public health measure and an important commercial driver for businesses to achieve and maintain compliance with existing food hygiene law.

It provides transparency to consumers about the hygiene standards in food outlets at the time of inspection by district council food safety officers.

This allows the public to make informed choices about where they eat out or shop for food.

The aim is to give recognition to businesses that meet the requirements of food hygiene law and provide an incentive to improve those who do not.

The Food Standards Agency in Northern Ireland undertook a consultation process on the mandatory display of food hygiene ratings in early 2013. This led to legislation, which will now establish a statutory Food Hygiene Rating Scheme in Northern Ireland in October.

While it is proposed to impose a £200 fine for not displaying rating stickers, a £150 fee is also proposed for rerating inspections requested by food businesses.

The council has been provided with £25,000 by the Food Standards Agency to help prepare for the introduction of the mandatory scheme coming in in October.

Additional staff have been employed on a temporary basis to work with businesses to help them improve their current ratings.

The council broadly agrees with the proposals laid out and will make a formal response to the Food Standards Agency before the consultation closes this coming Friday, June 10.