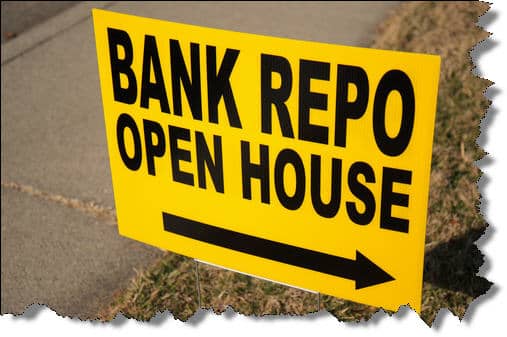 Repossessed homes in areas of county Armagh are proving ‘impossible’ to sell with violence and intimidation tactics being used to put off potential buyers.

Speaking to the Tyrone Herald last week, auctioneer Roy Little of BRG Gibson who was recently escorted by four police cars to a house in Crossmaglen, said: “You have a house with a mortgage, you stop paying the payments, the house gets repossessed.

“You go in, you take out the bathroom, take out the kitchen, take out the radiators and you spray ‘no sale’ on it and you get it back for a fraction of what it is worth,” he explained.

Mr Little claimed that south Armagh, along with parts of Tyrone, are a hotbed for this activity.

“I think a large part of it is, they see a man coming down with a shirt and tie from Belfast and there’s an element that they think they can bully their way out of it.

“They think that person won’t know anyone in the locality and they can get away with doing it,” he said.

“You find all of the stuff goes back in within a few weeks time and someone who either through greed or who by no fault of their own has got into difficulties, has now got the property back for a fraction of what it is worth. And they get away with it.”

He added: “At the end of the day, we don’t get paid until we sell these houses, so we’ll sell them to anyone.

“Our ideal situation is that we get the thing sold so we don’t have to keep going back to it.”

Mr Little also told the Herald that members of staff had been physically assaulted and houses have been burnt down to stop sales.

We contacted a number of local property agents in relation to this matter and one company, who did not want to be named, said the situation was ‘impossible’ but not just an issue in south Armagh.

“It’s very hard to sell a house to a local buyer because in a lot of instances, these people know the former owner, which obviously is not ideal.

“We’ve not had anyone attacked but we have encountered people less than willing to give up their former homes. We’ve had people camp outside houses in caravans – people will go to extraordinary lengths.”

Just last month BBC News reported that the number of new mortgage repossession cases coming before Northern Ireland courts in the first half of 2014 was the lowest since 2007.

Northern Ireland suffered one of the most severe house price crashes in economic history with cases reaching a peak of 1,975 in the first half of 2009.