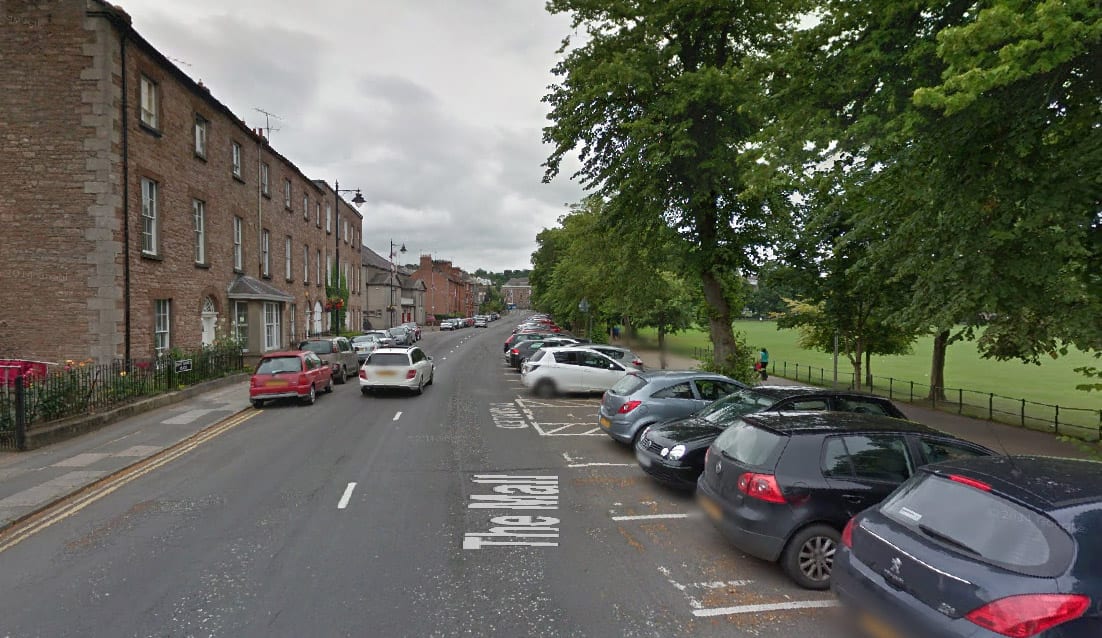 Businesses are struggling to cope with a downturn in trade as the Newry Road and Friary Road improvements have run way over schedule.

And the proposed one-way system around the Mall, as it stands, does absolutely nothing to address problems with traffic congestion in Armagh.

Both claims have made by local representatives and Newry and Armagh Sinn Fein MLA Cathal Boylan has demanded an urgent meeting with Roads Minister Danny Kennedy to discuss “major concerns over the road network in Armagh”.

Speaking of the ongoing scheme at Newry Road and Friary Road, Mr Boylan told Armagh I: “The road improvement scheme commenced in February of this year with a completion date of Easter 2015, however these works are still uncompleted.

“Local traders have expressed grave concerns of loss of trade as a result of these ongoing road works. The impact of the works are severely affecting business and it is clear that consumers and shoppers are avoiding this end of the town as much as possible to evade the ongoing road works.

“It is evident that the rate of progress of this scheme is proving extremely frustrating for retailers and consumers alike.

“It is undeniable that periods of extreme weather can have significant impact on a trader’s performance and last month we witnessed the hottest March in many years.

“You would believe that such good weather would play a major factor in sales and would return good trade, however the frustration and worry of business owners is of concern to me. It has been brought to my attention that key businesses in this area are struggling, at a period of time where  they would ordinarily thrive. The number of customers have been dropping drastically due to these works. The MLA said he would also be raising questions concerns over the Mall’s proposed one-way system.

Armagh I revealed on Thursday that the new council had failed to sign a letter of comfort at this stage to allow the scheme to proceed as it stands.

He added: “The proposed one-way system could have adverse impacts on local traffic rather than alleviate the congestion issues we are currently facing and, furthermore, may have adverse impacts on tourism, residents’ health and indeed pedestrian and school children’s safety. It is imperative these issues are discussed with the Minister urgently and directly.”

He said: “The Mall area is an extremely important area for the whole city. It has a very significant social, cultural and historical significance to this city and the local population. Anything which could adversely and irreversibly undermine that legacy for future generations of Armachians should properly and understandably be very critically and forensically scrutinised.

“The current proposals, regardless of their own merit do absolutely nothing to try and address the actual underlying cause of traffic congestion in this city.

“Attempts to manage the symptoms, rather than treat the problem, are simply putting a sticking plaster where major surgery is required.

“Many will see the Mall one-way proposal as a cheap distraction away from addressing the real issue of heavy vehicle through traffic congesting and crumbling our local road network.

“The local TransportNI staff are continuing to do their best and are doing an incredible job at trying to maintain the network and find efficiencies in the system, but without the finances for serious intervention they will continue to be swimming against the tide.

“Assurances have been given from senior TransportNI officials that full and detailed consideration will now be given to the issues which have been raised by local motorists and stakeholders in relation to the one-way proposal and we will await the outcome of those deliberations.”

Pub chain has not turned back on Armagh’s potential