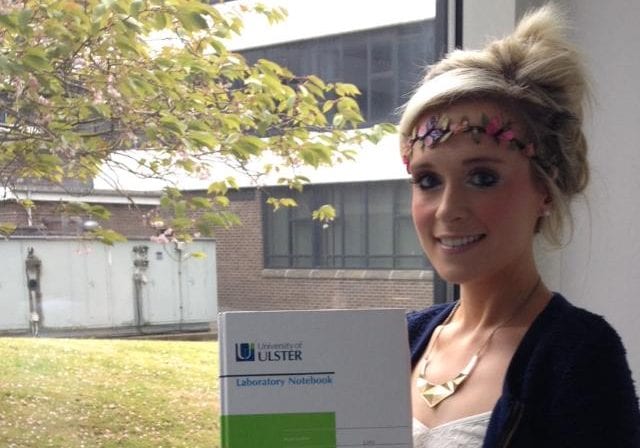 The story of a young south Armagh woman – who has won the hearts of the entire community as she battles a rare and debilitating condition – is to feature on TV next week.

And just over two months ago she travelled to the United States to undergo pioneering surgery.

On top of all the health complications which she has had to endure, the young Belleeks woman was diagnosed last year with cranial instability and, as a result, was told she needed fusion stabilisation surgery.

A community fundraising campaign allowed Séanín to travel to the USA for the surgery.

She is now back home and recovering.

Time and again Séanín has defied all the odds; her determination to succeed and live as full a life as possible despite her complex medical needs is nothing short of inspirational.

She even graduated from the University of Ulster such was her will that she would persevere.

The 24-year-old’s story will be told on the Channel 5 show ‘Medical Mysteries’.

It focuses on those living with rare conditions.

The programme was filmed last year and takes a look at Séanín’s life, one which has been filled with so much pain and trauma as a result of EDS.

Among the associated problems which she has had to overcome have been numerous strokes and seizures as a result of a condition which has affected all of her major organs.

Despite everything, she has continued to raise awareness and by telling her own story, Séanín and her family hope that others will be helped.

The community has rallied round to support Séanín and her family have been overwhelmed by everyone’s efforts and their thoughts and prayers.

They hope others will take encouragement from hearing her story on television this week.

Six months later than originally scheduled, Medical Mysteries will be broadcast on Channel 5 next Tuesday night, November 29, at 10pm.