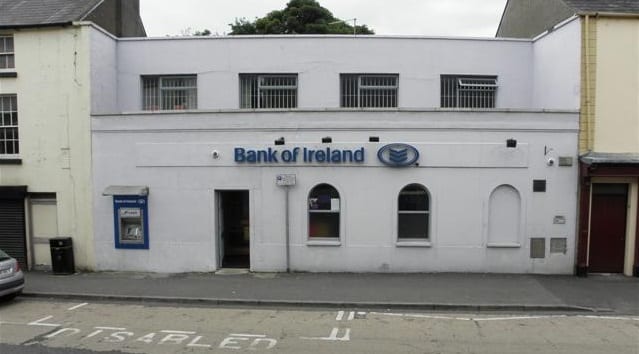 A bank in a county Armagh town was burgled over the Christmas period.

Patrons were unable to access the bank yesterday afternoon with a sign claiming the bank had closed due to ‘unforeseen circumstances’.

There was a police presence inside the building all day and into the evening.

Detective Sergeant Colin Patterson told Armagh I: “I am appealing to anyone who may have noticed any suspicious activity or may have heard any unusual sounds in the vicinity of the bank anytime between Friday, 23 December and Thursday, 29 December to contact detectives at Reactive and Organised Crime at Armagh on the non-emergency number 101.

The bank’s ATM was rammed just before Christmas in 2009 but the thieves were unable to get anything at the time as the cash machine lay buried in the rubble.