Storm Diana causing problems as trees down across Borough 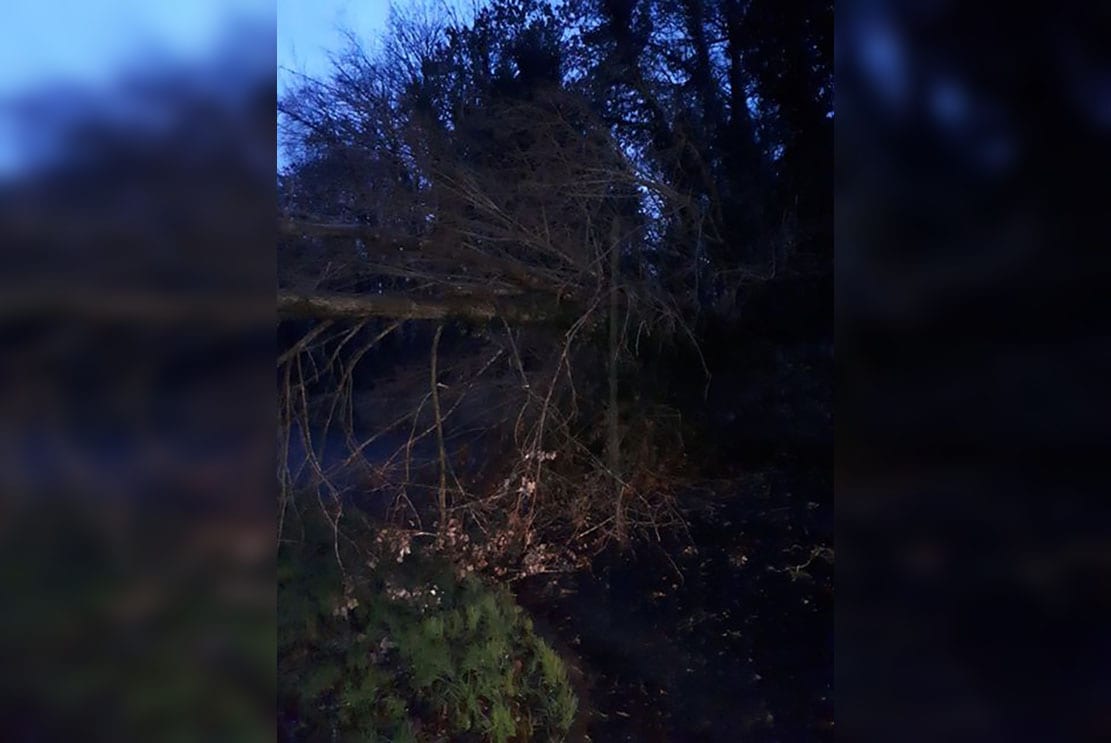 Strong winds across the county are causing concerns for motorists this evening (Wednesday).

There is a large tree down on Red Lion Road in Loughgall, just passed the junction for Lissheffield Road heading towards the village, making the road impassable.

Elsewhere across the borough, Brownlow Christmas lights switch-on was forced to abandon plans for an outdoor event and instead had to take festivities indoors to St Anthony’s Centre.

Images circulated online earlier today of the tree sprawled across the road having been felled by the might of Storm Diana.

It follows on from last year when questions were asked if it was Northern Ireland’s worst Christmas tree.

Last years, the effort in Banbridge was deemed so poor that Council officials agreed to replace it with a new, better version.

Banbridge Area News posted on Facebook: “We had just passed the comment on Monday as to the nice Christmas Tree in the town this year outside the Downshire Hotel, it did look good however we have just drove past it and it appears to be broken and lying on its side now. The weather has not been kind to us.”