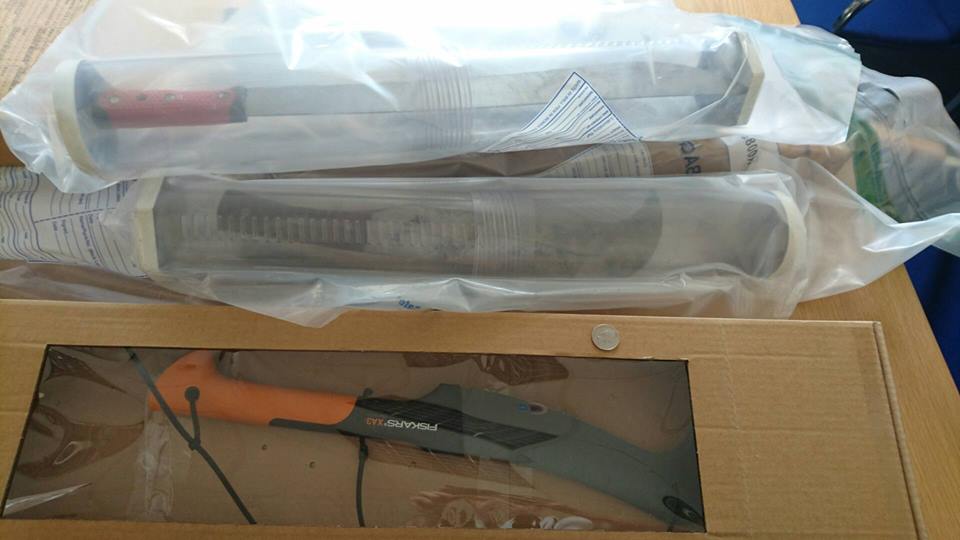 Police have put on show a lethal cache of weapons seized during a large scale disturbance in Banbridge today.

Crews from Armagh and Lurgan raced to assist their colleagues from Banbridge after numerous reports of disorder in the Limewood area.

Police say that, even with the array of weaponry being used, there were no serious injuries.

A 10pence piece has been placed alongside one of the weapons to give an indication of the size of the knives and machetes which were seized.

Five people have been arrested and are assisting the PSNI with their enquiries.

Officers are appealing for information from the public.

The PSNI made an appeal via social media, stating: “If you live in Limewood and haven’t yet spoken to us and can be of any assistance in helping us piece this together, please call us on 101 quoting incident 321 of 20/06/16.”

And they added: “These weapons could have killed today, easily. We’re glad to get them off the street and are relying on you, our lovely public, to keep reporting suspicious or violent activity.”