New hotel at historic bar would create 30 jobs if approved 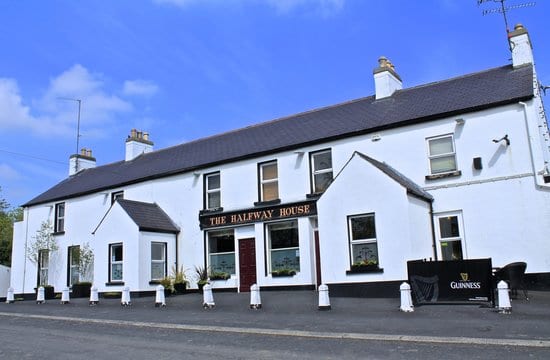 A new multi-million pound hotel – which would create 30 new jobs – could be on the way to the borough.

The development – at an estimated cost in excess of £3.7 million – is earmarked for the Halfway House bar and restaurant, just off the A1 dual carriageway at Banbridge.

An application to extend the existing premises – as well as provide two shop units – was brought forward in January of last year.

But now the developer – Alonso Ltd – has submitted an amended description and landscaping plans to Armagh City, Banbridge and Craigavon Borough Council.

It is proposed to provide an extension and alterations to the existing restaurant and public bar to provide a 34-bedroom hotel.

The development would also incorporate a function room and ancillary accommodation.

The plans will be readvertised – with the amendments – early in September.

Previous concerns raised in relation to plans for the Halfway House – which opened in the 1840s and has had many  owners over the years – are being addressed.

Rivers Agency and other statutory bodies have been consulted and discussions and deliberations are ongoing.

A planning consultant – on behalf of the developer – has now written to the ABC council’s planning officials to highlight the “significant benefits” the proposal would bring in terms of tourism.

The consultant reports that the development – which also requires listed building consent as well as planning approval – is ideally located and, if allowed to proceed, some 30 new jobs will be created.

He adds: “It is anticipated that the majority of staff will be recruited from the local area.

“It is also the established business model to source local produce, where possible, and the resulting increase in business will deliver a similar direct benefit to local producers.

“It should also be clear that the provision of overnight accommodation for tourists and travellers will result in ‘spin-off’ benefits for the locality, as people will now remain longer within the district and avail of the local businesses and services.”