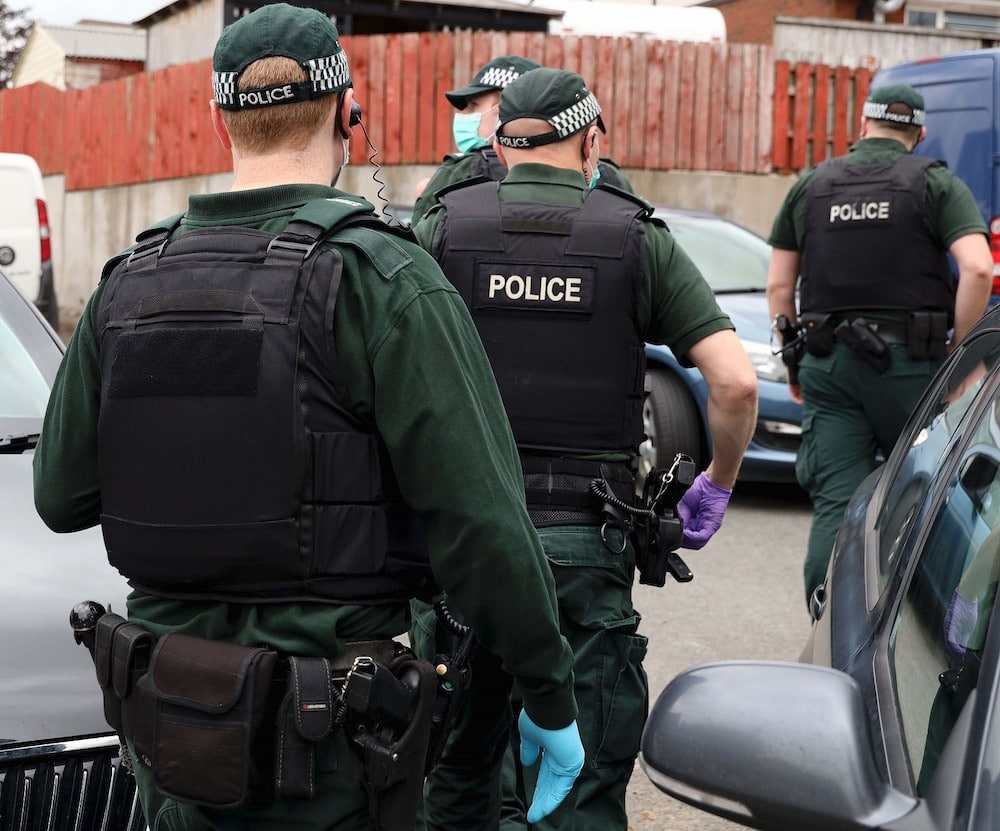 A man has been arrested following the seizure of of suspected Cannabis with an estimated street value of £900k.

Detectives from the PSNI’s Organised Crime Unit carried out a searches in Banbridge, Belfast, and Lisburn on Monday in what was a joint operation with police, Border Force, and Immigration and Enforcement.

One male has been arrested and is being questioned by police in relation to the seizures of the drugs.

Speaking about the operation, Detective Inspector Pete Mullan said: “As part of our investigation into the supply of illegal drugs, detectives from Organised Crime Unit, assisted by their colleagues in Border Force and Immigration and Enforcement searched a number of properties in Banbridge, Lisburn, and Belfast.”

“These are significant seizures and demonstrates our commitment to removing dangerous drugs from our communities.

“Many people who spend money on a casual transaction at the weekend think that it isn’t harming anyone else; the reality couldn’t be further from the truth.

“Not only is it illegal to purchase these drugs but it fuels the local drug trade which causes irreparable damage and loss to many families and individuals whose lives it destroys.

“When you hand over money for a small amount of drugs at the weekend, this contributes to the violence, intimidation, and control inflicted by crime gangs on our communities.

“The use of cannabis itself can damage your physical and mental health. Cannabis remains the most used drug by persons in treatment in Northern Ireland for drug addiction.

“I would appeal to the public to contact police if they have any concerns or information regarding drugs in their area by calling 101. Alternatively, information can also be provided to the independent charity Crimestoppers on 0800 555 111 which is 100% anonymous and gives people the power to speak up and stop crime.”