Fire happened around 4am this morning 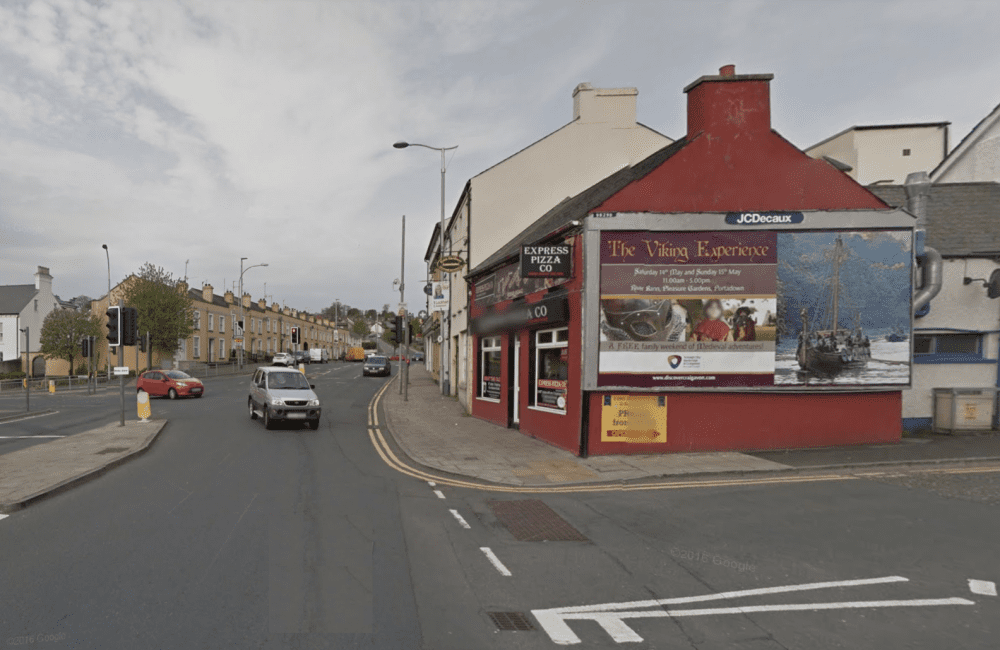 An investigation has been launched after a fire gutted a chip shop in Banbridge earlier this morning (Tuesday).

The two-storey building in the Church Square area of the town was extensively damaged as a result.

Three appliances from Banbridge fire station attended the blaze, which started just after 4am.

Geoff Somerville of the NIFRS told Armagh I the incident took just over three hours to contain the incident.

NIFRS handed the incident over to the police at 7.50am.

The cause remains unknown at this stage but an investigation is underway.

The road was closed for a number of hours but has since re-opened to traffic.

Police are now appealing for information following what they have described as a “suspicious fire”.

Sergeant Steven Weatherald would appeal to anyone who may have noticed anyone acting suspiciously in the area to contact Police at Banbridge on the non-emergency number 101, quoting reference 146 18/07/17.