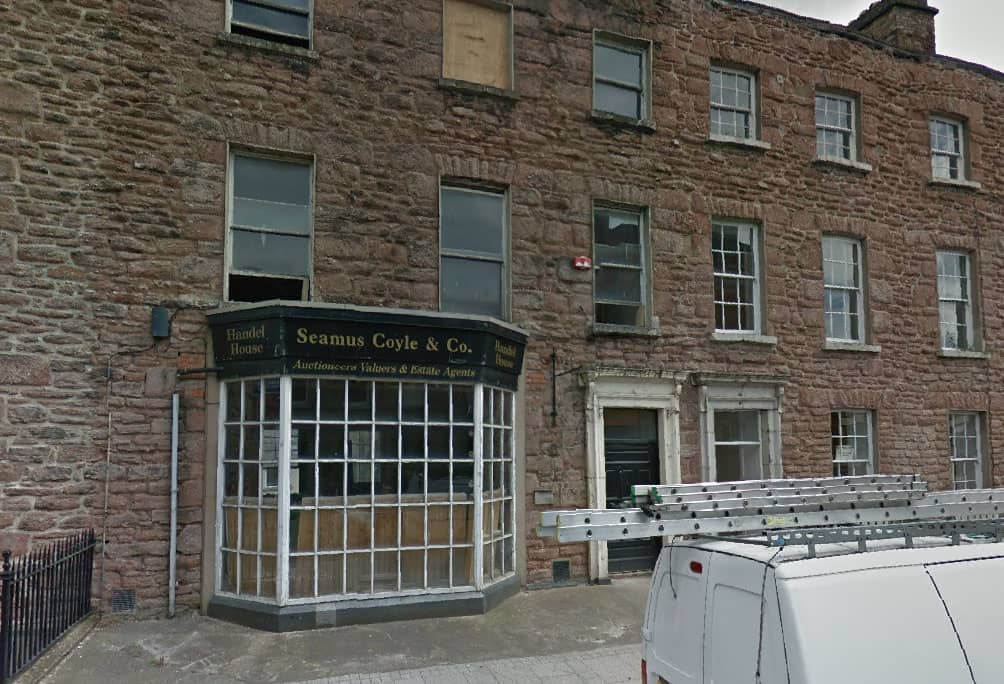 One of Armagh’s finest Listed Buildings is to be given a new lease of life, Armagh I can reveal.

Handel House – at 53 Lower English Street – is to be converted into two retail units.

The property has had a number of uses over the years, most recently home to Seamus Coyle & Co estate agents.

Indeed, many may not be aware that it was actually the first base for the Armagh Credit Union when it was founded in the city back in May 1962, before moving the following year to Market Street, and later Russell Street, due to increased membership and volume of business.

The property is currently unoccupied and plans for its restoration had previously been refused planning permission.

But Armagh I can reveal that the redevelopment of Handel House is to given approval next week when DoE Planning Service presents its monthly schedule to Armagh City and District Council.

It comes after a number of amendments were made to the proposals, which were originally submitted last March.

Listed Building Consent is to be granted, along with full planning permission for the restoration of Handel House, which will include an extension and a change of use to provide two commercial units, as well as two apartments, in the four-storey building.

The application had been submitted in the name of Mr and Mrs Noel Conn and no objections were received.

The site forms part of an existing terrace running along Upper English Street, with the building listed and located within the Armagh Conservation Area.