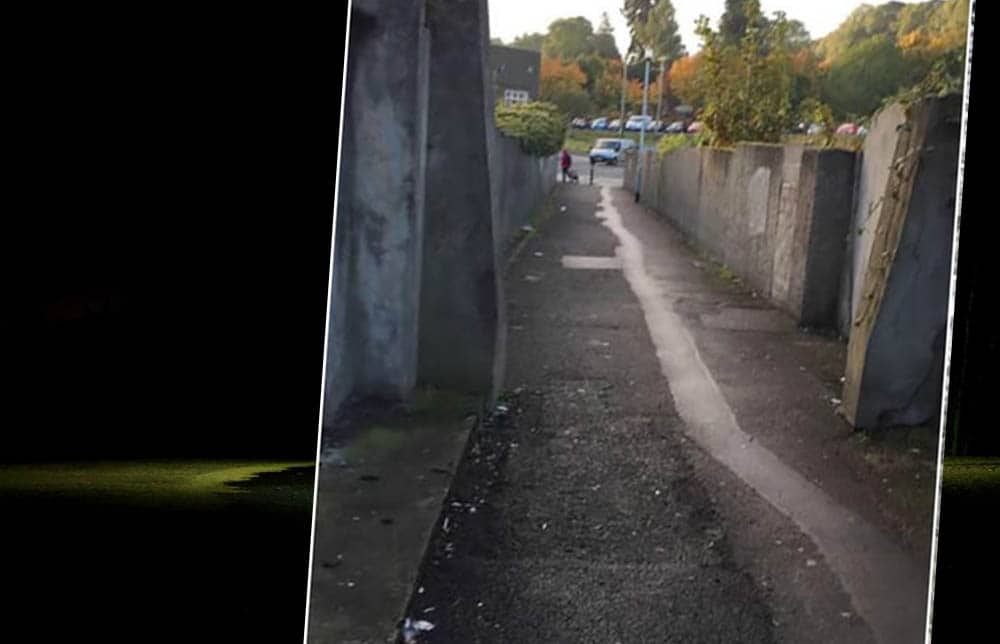 The young mum of two – who wished not to be named – said she was both shocked and extremely frightened as she walked home through the city centre when the disturbing incident took place.

It was just before 11pm and the woman was strolling back home via Thomas Street, minding her own business, when she passed the entry to Euro Spar and Lucky’s bingo hall – on Ogle Street – where she spotted the man.

“He walked up to the entrance before stopping to look across the road at me,” she explained.

“He then proceeded to pull the front of his tracksuit bottoms down and expose himself to me; luckily I was on the phone as I was alone at the time.

“I started to walk as fast as I could towards Chapel Lane as I live on Irish Street and needed to access my house through the back door.

“As I walked further away from the man, he changed his stance to keep eye contact with me and then started to arouse himself and for lack of a better word ‘shake’ his penis while blankly staring at me.

“He did not laugh or act like this was a joke gone wrong but held an intimidating stare. This man was clearly acting like a sexual-deviant and could possibly even capable of more deviant acts or even assault.”

The young mum, who has two children aged six and four, said she is scared for younger girls who may not be as alert as she was.

She added: “This alley way is a known hotspot for locals to drink, or use drugs, and I am scared of hearing something worse has happened in the future.

“I just feel responsible and need to raise awareness of the danger.

“I am genuinely frightened for other women and young teens that walk around there.”

She described the man as caucasian aged around 35-40 years old, 5ft 7 or 8 and wearing a light blue sports branded t-shirt with dark blue sports tracksuit bottoms.

He was fair haired and possibly balding around the front.

While trying to warn others, the woman, who has lived in the area all her life, says she wants something done about the lack of lighting in the area.

“The alleyway hasn’t one single street light,” she continued. “I am a local and have lived minutes away from this alley my whole life and in my teens have unknowingly walked in to drug use, drinking, sexual acts and have seen it used as some sort of horrendous playground for misconduct by locals and ‘adults’.

“It’s about time something is done as it’s such a public area and a thoroughfare used by many, many people every day.”