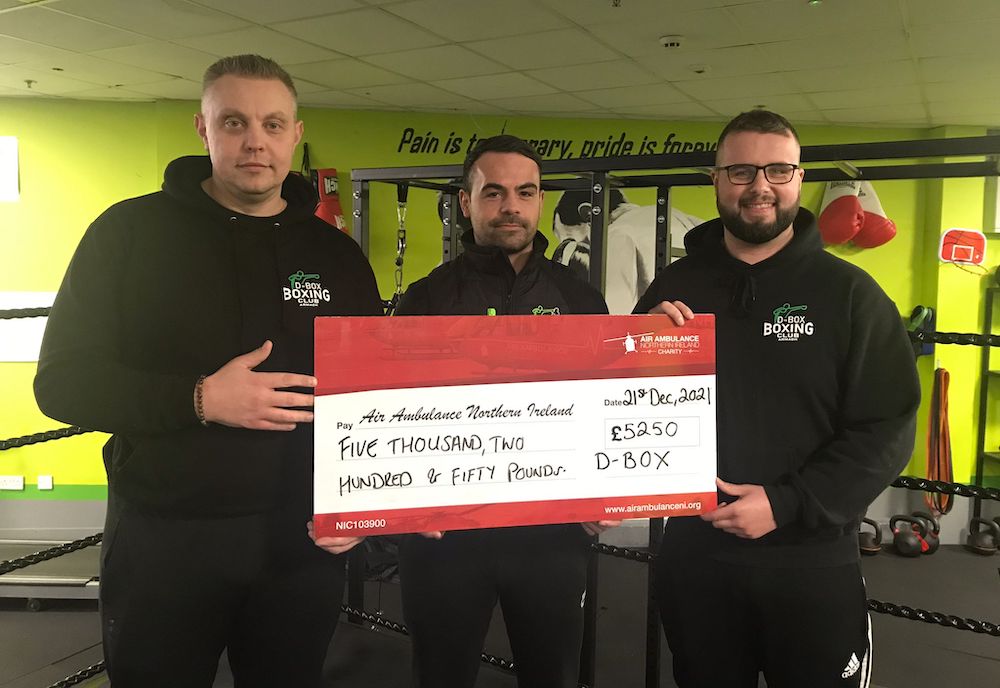 The Armagh City Hotel played host to a white-collar boxing event back in November where 24 novice boxers took to the ring for charity.

A successful night translated with a successful total for a charity that has made such a difference in Northern Ireland since its inception in 2017.

Fight Night organiser, Sean Duffy, told Armagh I: “An amazing night in the City Hotel was made even better by the generosity shown by everyone associated with the event – from the boxers, the sponsors and those who attended.

“To be able to hand over this sum of money to the Air Ambulance is fantastic. It is such an amazing service which is needed when people are at their most vulnerable. It is a service we hope we may never need but we are privileged to have the opportunity to help them continue their amazing work.

“Our own gym is based around helping young and old improve their mental and physical health, so to get the chance to support those that help the injured, we are truly grateful.”

In Pictures: Show’s a knockout as stars dazzle at white-collar charity boxing event in Armagh