'I chose this charity, Help Musicians, because I was seeing so many of my own friends struggling to support themselves financially' 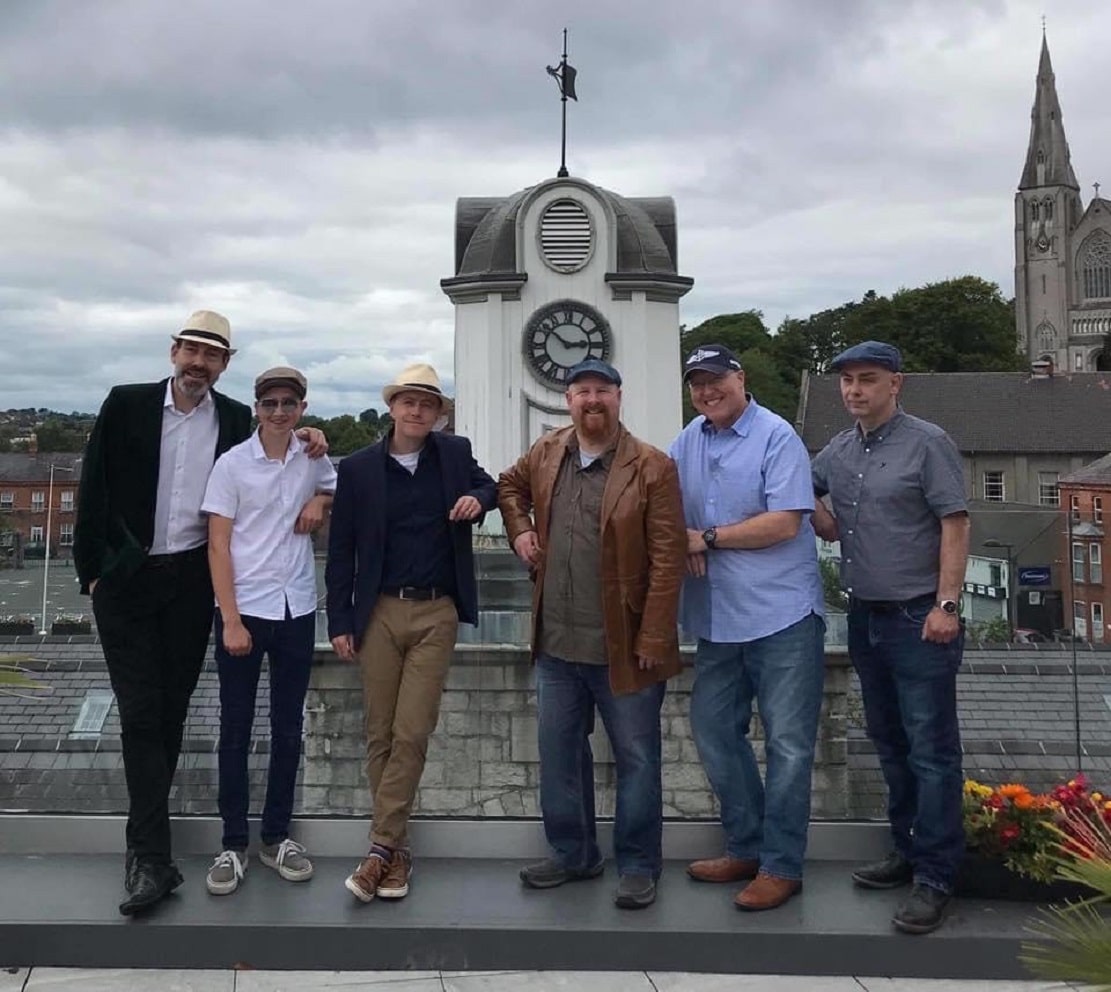 Through the pandemic financial hardship has been inflicted on many and one profession which has perhaps struggled more than any other is musicians.

With this in mind, one Armagh city band, which formed over the pandemic, have decided to release a music video to raise fund for a charity which offers a lifeline to musicians.

Help Musicians is an independent charity who help at times of crisis, giving people the extra support they need at a crucial stage that could make or break their career.

The idea to release a music video to raise funds was made by the youngest of the bunch, 15-year-old Sárán, who became worried after seeing friends in the band “struggling to support themselves financially”.

Explaining how the group came to be, Sárán told Armagh I: “Well, Bob Hunt had been playing Saxophone at his door for the Clap For The NHS every Thursday night.

“I then joined in after my nanny, who lives beside Bob, had told me about it. I joined him for a couple of songs, I was looking to entertain the community because I was bored at home playing.”

Bob Hunt will be well known to many in the area having been in Van Morrison’s band for four years and The Commitments band for a further four.

Originally, the pair had been playing in Bob’s garden in Drumbreda but as the numbers grew they had to move out into the square to allow for social distancing.

Sárán said: “It was a week or two into me and Bob playing our songs that Eamon Trainor joined us. This was a great bonus as now we had a singer which gave us more of a range for songs.

“Eamon, a Drumbreda native, who is a bus driver for the Education Authority by day and a guitar tutor was able to bring his rock n roll to our socially distanced audience.”

A few weeks after this, the group of three became four with Sárán inviting “life long friend” and tutor at the M.D Rafferty Music School, Eóin Kelly, to join in.

“Eóin was able to bring his mix of Trad, Folk, Blues, Country and Oldie Goldies which added a whole new dimension to the evening entertainment in Drumbreda.

“Once the clapping ended the people of Drumbreda still wanted us to continue playing. It was the highlight of the week for most of them and they all talked about how it brought community together again in such difficult times.”

The group were then joined by Aidan McGillian, another accomplished musician who has traveled the world playing Bodhran and Cojhan, as well as being a member of Villiers and the Villains and Hatchjaw.

Sárán continued: “Just when we thought our band was complete, we were joined by Ryan Beagan who spotted us on social media and he gave Eóin a ring and asked if he could join us.

“I think it’s fair enough to say that having Ryan was the icing on the cake. Ryan was the final touch to make us a professional band bringing us his funky bass lines to jazz things up.”

And so The Garage Band was born! The group became well known for their Drumbreda Sessions but these came to a halt with their final gig back in July.

Sárán said: “The band stayed in touch with each other but it wasn’t until I had to go into self isolation for two weeks in mid-October that I thought of this idea of bringing the band back together to record a Christmas music video.

“I chose this charity, Help Musicians, because I was seeing so many of my own friends struggling to support themselves financially.”

He continued: “We have a few professionals in the band. The live music industry brings millions to this country every year and to see their craft just lying there, it really does break your heart.

“I read up about this charity and the work that they do is amazing, for those in Northern Ireland and throughout the United Kingdom.”

The Garage Band recorded their music video at the Armagh Cultúrlann centre and were able to do so by creating their own social bubble during that time.

Keep your eyes peeled for the video which is due to go live the week before Christmas, or to make a donation you can visit their GoFundMe page.