UK City of Culture 2025 one step closer with Armagh City in last eight! 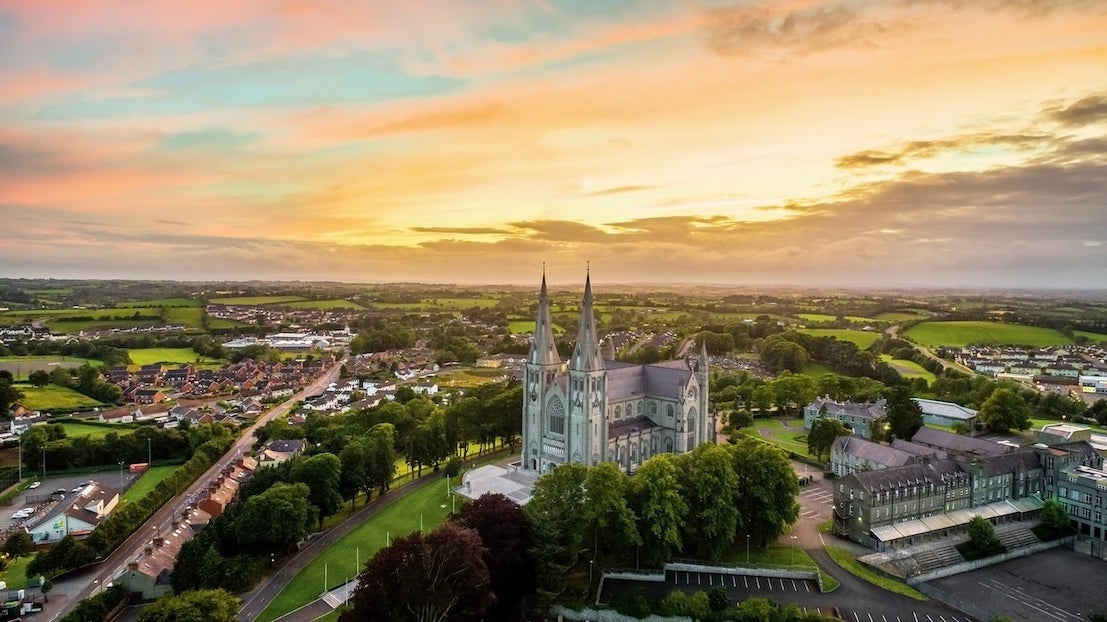 The Department of Digital, Culture, Media and Sport (DCMS) has officially released the names of those cities longlisted to compete for the coveted title of UK City of Culture 2025, with Armagh City and its surrounding borough making the list.

From a record twenty cities competing, Armagh City has made it to the last eight going forward to compete to be the future winner.

The UK Culture Secretary Nadine Dorries said: “Culture is for everyone, regardless of their background and I’m delighted that the bids from our eight long-listed places will help areas across the UK level up by increasing access to culture.

“I wish all our successful bids luck in the next phase of the competition. Armagh City, Banbridge and Craigavon’s bid showed huge promise and I look forward to seeing what they have in store.”

The prestigious UK City of Culture title is designated every four years, for a period of one year after a rigorous evaluation process by DCMS.

The successful place will benefit significantly from millions of pounds of investment in social, economic and culture-led regeneration initiatives and events that will be extensively promoted across the UK and internationally.

Winning the title will place the successful place in the spotlight for inward investment and tourism for decades to come.

The competition for the 2025 title was unprecedented with bids received from every nation in the UK, with the final eight longlisted locations of Armagh City, Banbridge and Craigavon, Bradford, Cornwall, County Durham, Derby, Southampton, Stirling and Wrexham County Borough, remaining in the race to secure the title.

Coventry is the current UK City of Culture 2021, while Derry/Londonderry secured the title in 2013. Both cities are huge ambassadors for the competition process showcasing the tangible positive impacts the bidding journey has had within their cities, and importantly the legacy opportunities it provides.

Since entering the Expression of Interest the team behind the bid at Armagh City, Banbridge and Craigavon Borough Council have been overwhelmed by the positive support received from a wide range of sectors across Northern Ireland, with everyone involved expressing a strong desire to help showcase the regions unique talent, food, culture, history and more.

Expressing his delight at the announcement the Lord Mayor of Armagh City, Banbridge and Craigavon Borough, Alderman Glenn Barr said: “Submitting the bid for Armagh City and the surrounding borough has provided a welcome focus for the Culture, Arts, and Tourism sector in the region, which has been severely impacted in the past twenty months by the pandemic.

“The bidding process has created fresh energy and excitement around what we often take for granted – our unique qualities, originality, cultural and heritage. It has forced us to look at things with a fresh pair of eyes, and sparked wider conversations and a greater collective drive to lift the region to a new level internationally. “Although this bid will focus on Armagh and the surrounding borough, the wider impact for cultural regeneration associated with it across Northern Ireland will be significant if it is successful – and we’re one step closer to making that happen.”

The announcement today will provide a major boost to the local community and business partners in Armagh and the surrounding borough, and also provide exciting new opportunities for young students studying in the area. Zoe McFarland a first year Arts student at Southern Regional College said: “Making the longlist is a great achievement for Armagh and the borough. It’s recognition for a place that has inspired so many famous literary greats, musicians, visual artist, sporting heroes, and scientists. This is my home city and I’m proud of it.

“It inspires my friends and I everyday through amazing architecture, friendly people and enchanting stories. Raising the profile of this unique place will attract more people to the area and hopefully provide better job opportunities for young artists like me in the future.”

The overall winner will be announced next year and will be at the centre of the UK’s cultural spotlight in 2025.