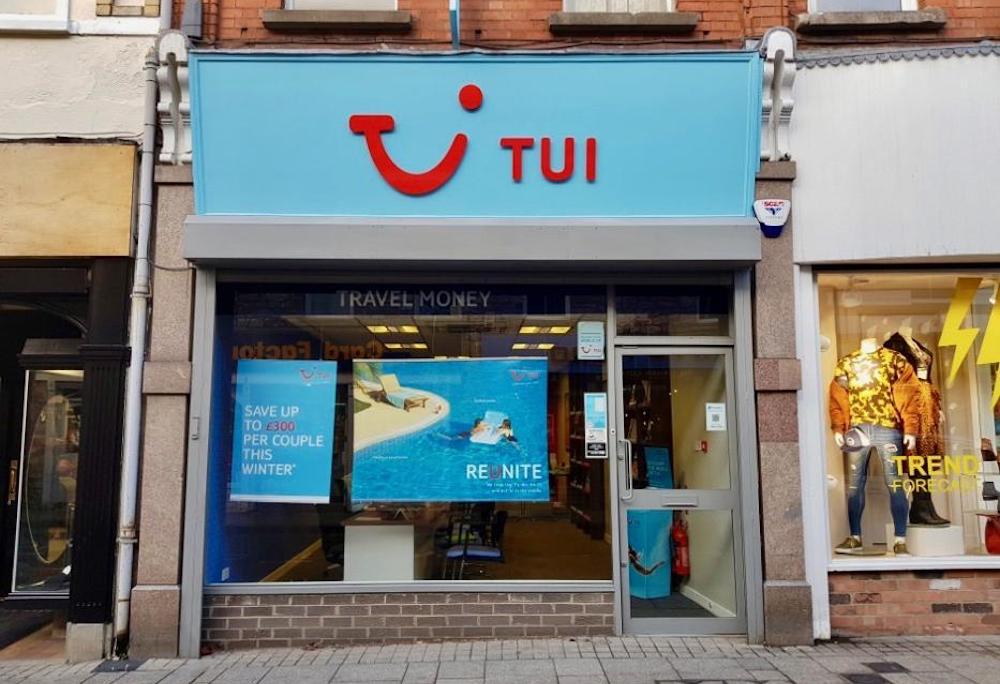 The closure was confirmed to Armagh I tonight (Friday) by head office.

It comes after an update to holiday-makers, who had booked breaks through the city outlet, via email late on Friday afternoon.

The travel giant closed its shops in March as part of the lockdown brought on by the coronavirus pandemic.

Only two Northern Ireland outlets have since reinstated face-to-face operations for the public, but others were expected to follow suit.

The Armagh store – on Scotch Street – had not re-opened for business.

A number of customers contacted Armagh I to say they had been given a notification from TUI on their travel plans.

They have been reassured that holidays booked through the Armagh shop are not affected.

But the email provided – according to the subject line – ‘an important update about your local TUI store’.

Armagh I contacted TUI UK to seek clarification after Friday’s bombshell and to ascertain if there were any future plans to trade in the city.

However, a spokesperson for the company confirmed that it will not now re-open.

She told Armagh I : “We can confirm that we have made the very difficult decision to permanently close the TUI retail store in Armagh.

“We would like to thank our loyal customers for their support and our amazing retail advisors for all their hard work.”

The travel industry has been one of the hardest hit sectors by Covid-19.

Back in July, the travel company announced it intended to shut 166 high street stores across the UK and Ireland, which would affect up to 900 jobs.

It did not at that time indicate which stores would be closing, but added that none of those which had resumed business after lockdown would be affected.

Today’s news will be a blow for Armagh and is the latest in a number of businesses locally which have chosen not to re-open after lockdown.