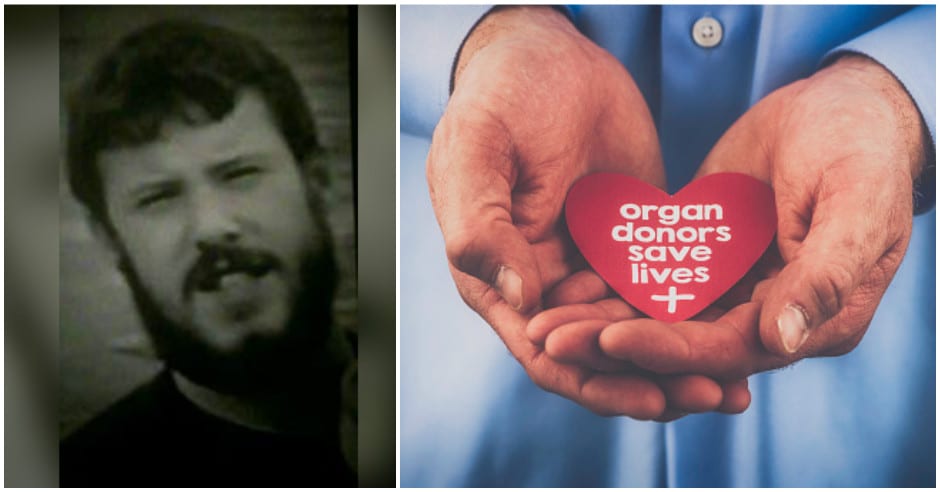 Four people have been given the gift of life following the tragic passing of a young Armagh man this week.

The sister of Diarmaid McCourt – who died on Wednesday four days after being admitted to Cavan General Hospital – has revealed that her brother’s organs have been donated to four others in desperate need of a transplant.

Family and friends are tonight preparing for the funeral of the 22-year-old father-of-two, known to all as Bambi.

But they are taking comfort in the knowledge that, in the midst of their own personal tragedy and grief, four total strangers can now look to the future after receiving the greatest gift of all.

A patient waiting on a heart transplant has been able to have surgery – one of four to benefit from a life-saving procedure thanks to the brave decision to donate Bambi’s organs.

The former St Catherine’s College pupil – one of eight siblings – had recently travelled to Australia with his mother, Rosie McCartney, to visit sisters Mobhornín Caitlín and Bláithin Líbhan.

They arrived home on Wednesday of last week, before Bambi was admitted to hospital on Saturday.

He had been looking forward to spending Christmas with his partner of six years, Natalia Kelly, from Monaghan, and two daughters, four-year-old Teagan, and one-year-old baby Lexi.

But tragically, a week after he was admitted to hospital, the family are now preparing to lay the devoted dad to rest in the morning.

Sister Bláithin described him as a “real hero”.

She paid her tribute along with scores of others who fondly remembered the popular Armagh man in response to our story last night.

While the family have been taking comfort from each other and from friends and well-wishers, Bláithin revealed her brother’s legacy to others.

“So proud to call you my brother,” she said. “You were one of a kind!

Bambi’s funeral will leave from the home of sister, Leontia, at 22 Lake View, Keady Road, Castleblaney, at 8.40am tomorrow morning (Saturday). The cortege will make its way to Armagh and to St Patrick’s Cathedral for 10am Mass, before interment afterwards in the adjoining St Patrick’s Cemetery.

We at Armagh I would like to express our deepest condolences to the those who will miss him most, to parents Rosie McCartney and Kevin McCourt, partner Natalia and daughters Teagan and Lexi, sisters Mobhornin, Blaithin, Leontia, Cailin and Iosa, brothers Padraic and Oisin, as well as grandparents, aunts, uncles, cousins and the wider family circle.

To register your details for organ donation, click here.