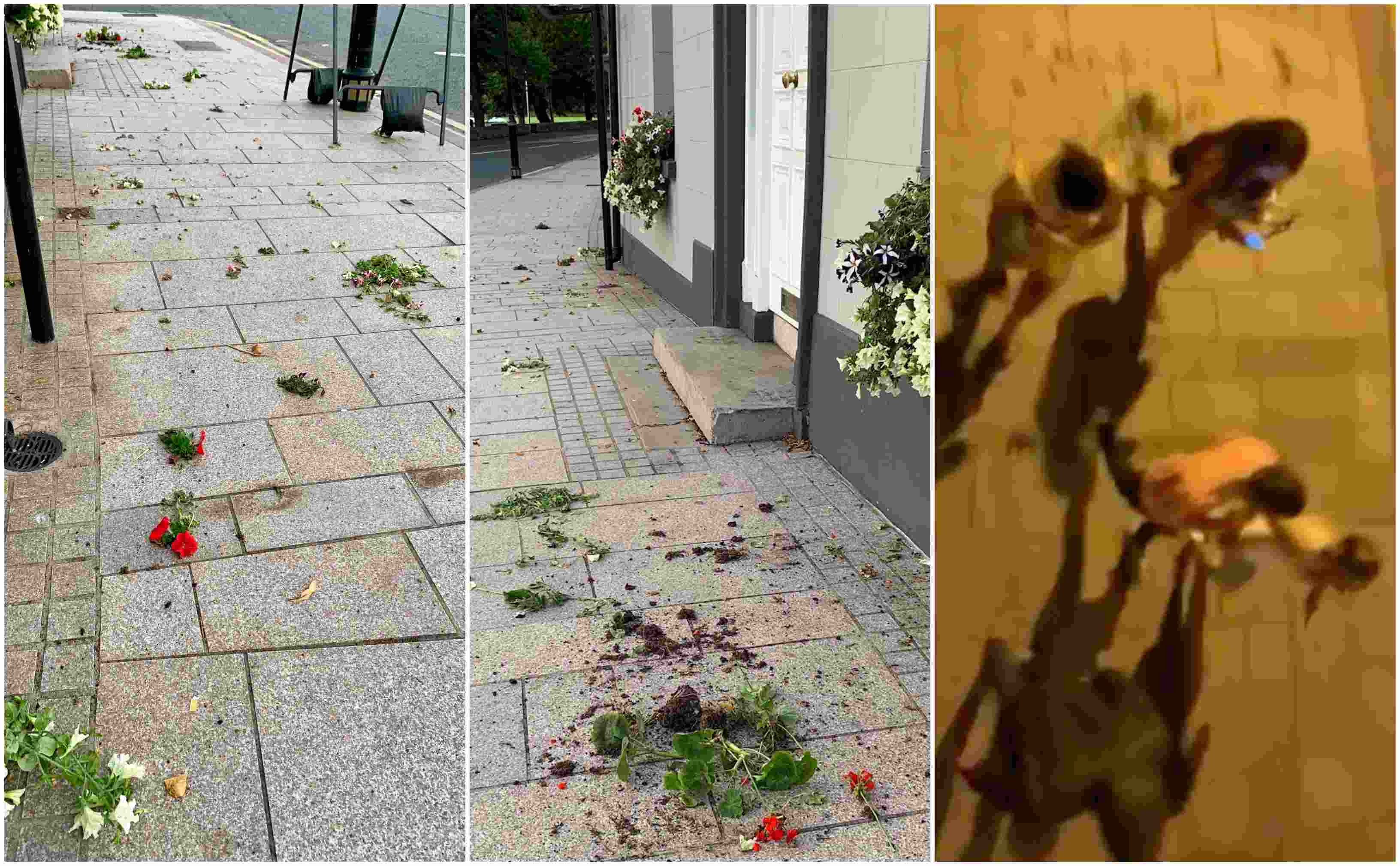 A trail of destruction was left for businesses and residents in Armagh to clean up on Friday morning following GCSE results night in the city.

Flower beds and signage were toppled, doors were kicked, and windows thumped as teenagers ‘celebrated’ into the early hours of the morning.

The youths, who were prowling the streets at 3am, vandalised a number of properties along the Upper English Street and Mall areas.

One businesses owner, who did not want to be named, says a group of about 12 youngsters – both boys and girls – were walking along the street ripping out flowers from potted displays, while banging every door and window they walked past.

He said: “This was around 2.30am. It was particularly bad on Thursday, but this is a major problem between lower English Street and The Mall most Thursday and Sunday nights.”

A video, obtained by Armagh I, shows another group of teenagers shout at the top of their voices while vandalising stationary objects along the Mall.

One resident told Armagh I: “It was absolute carnage at 3am. I looked out my window to see what was going on and there were hoards of young people streaming down the street.

“I’m not too sure where they were coming from but I don’t think there would have been too many places open to that time of night.

She added: “I know young people want to enjoy themselves, especially after results but there are ways of doing that and going about and vandalising people’s properties is not the way.

“The shouting I can tolerate; the criminality I cannot.

“There were no police in sight – where were these people coming from at that time?”