Police have appealed for witnesses to come forward 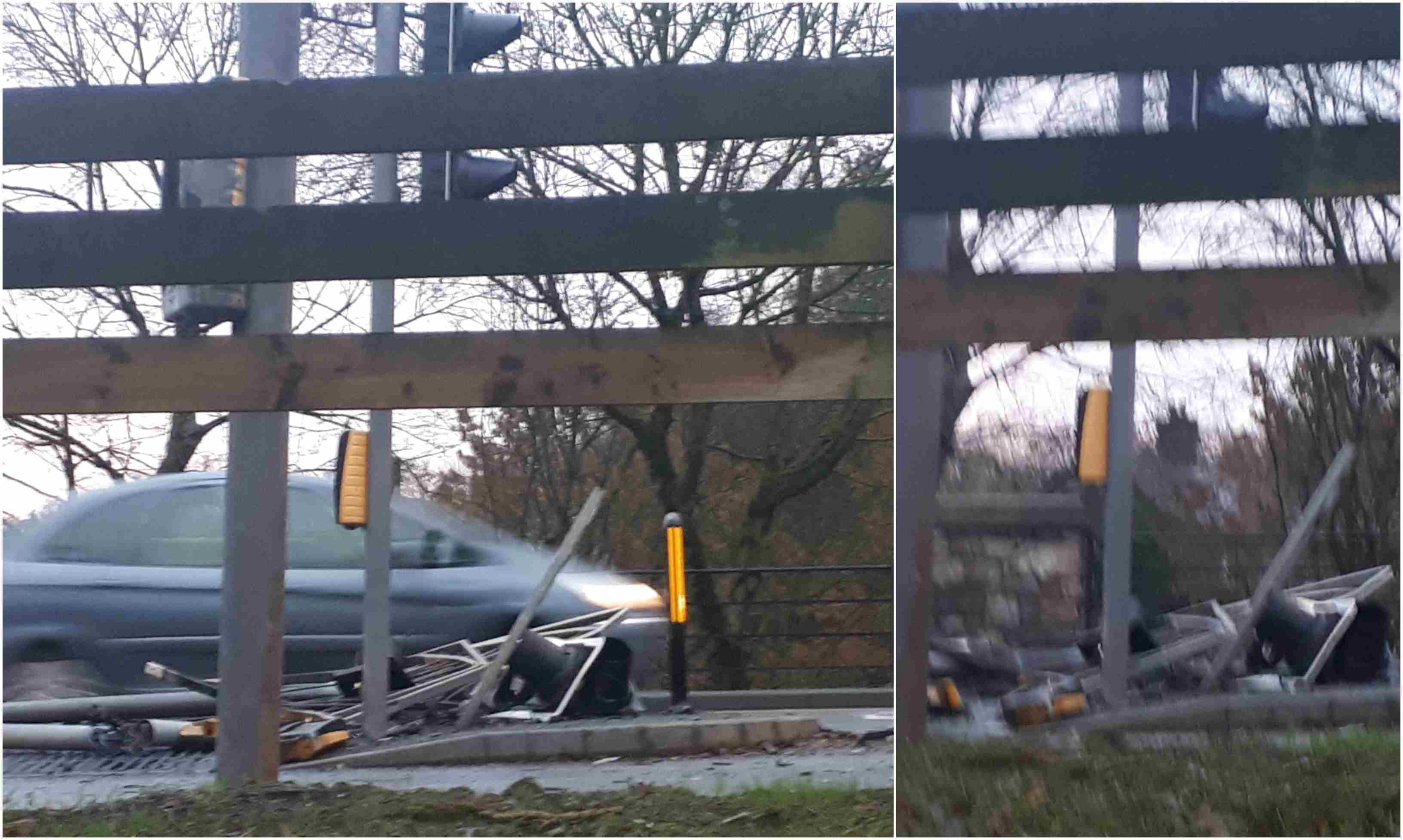 A set of traffic lights was destroyed during an early morning collision in Armagh.

The incident happened at around 7.15am at Friary Road in the city.

A white van crashed into the traffic island at the entrance to the Palace.

A metal railing sustained significant damage and the traffic light was flattened.

Police were forced to man the lights to direct traffic in the absence of a working signal.

The lights have since been removed.

The van also sustained substantial damage to the front and side after the collision.

There were no reports of any injuries but traffic was delayed for a time.

The police in Armagh are appealing for witnesses to this morning’s collision to come forward.

They have asked anyone who saw what happened to contact them on the non-emergency number 101, quoting reference number 195 of the 10/12/2018.